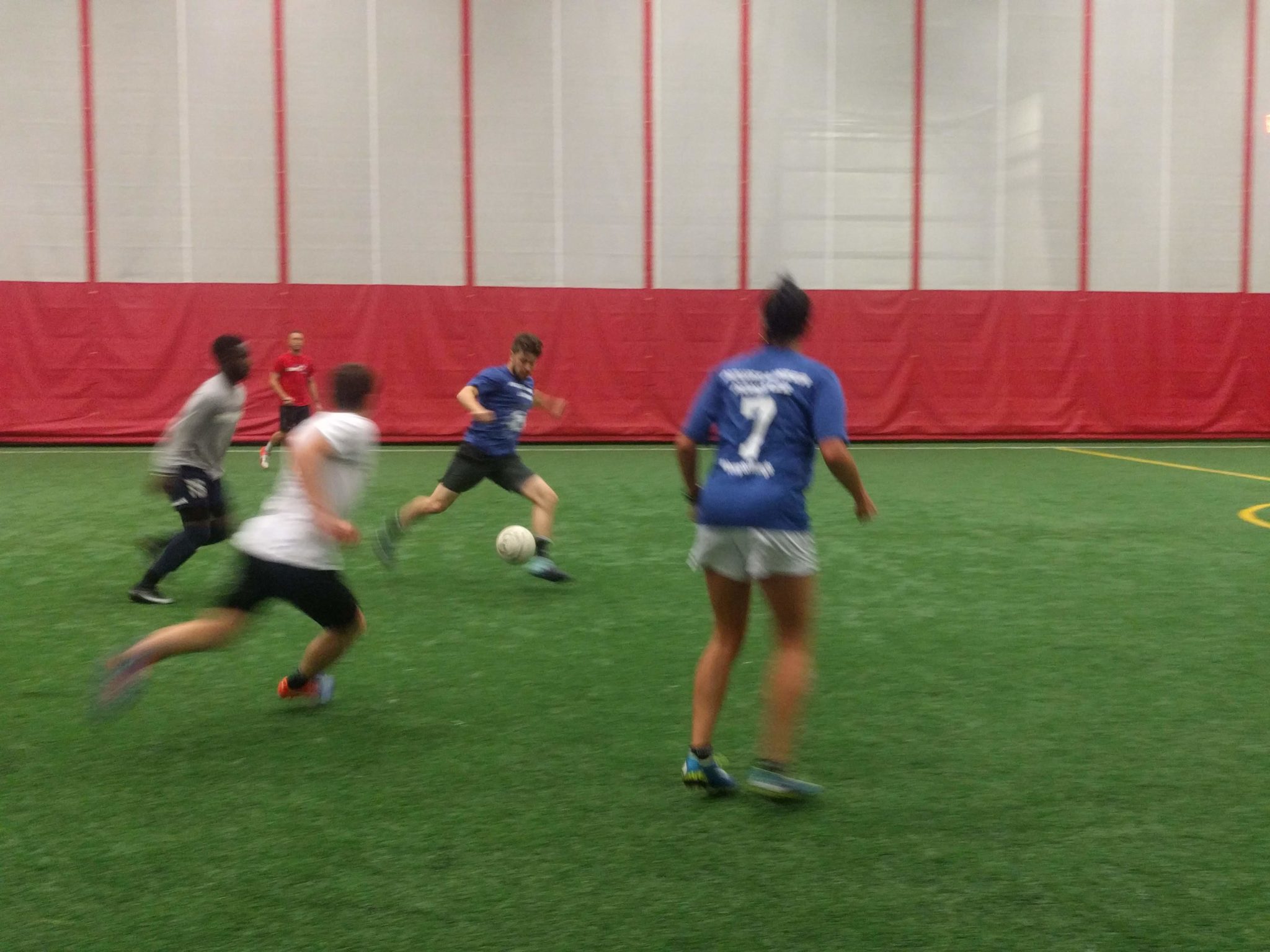 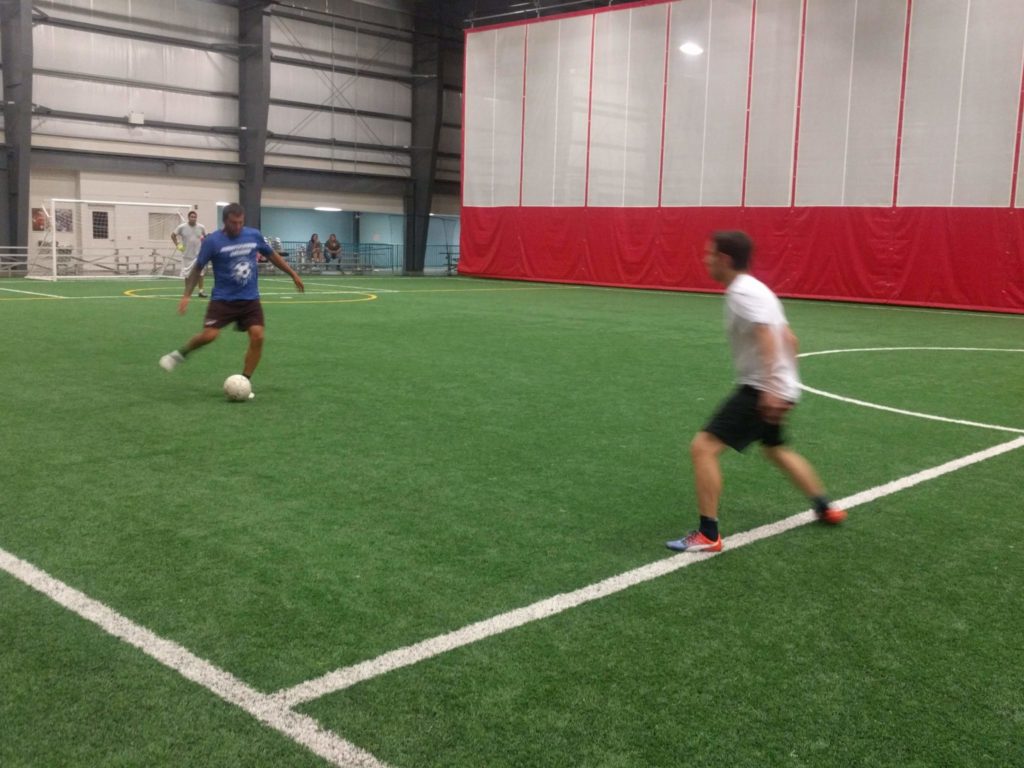 Paul Brungard plays a forward pass out of the back for the Mountaineers.

Despite a turbulent start to this season’s campaign, the Mountaineers have turned things around dramatically as they continued their fine run of form to wrap up the regular season title with a convincing win over LA United.

LA United looked to take the early initiative as Kolachi Pombor had an effort saved by the Mountaineer’s Louie Comfort within the opening minutes. The Mountaineer’s Sterngold soon tested LA’s Ian McCann at the other and end. The early minutes provided a rather open spectacle as both teams found pockets of space to create chances.

After a few chaotic minutes, the Mountaineers began to settle into their passing rhythm and dominate the possession with David Sterngold, looking like their most dangerous attacking threat. In the 14th minute, he scored a well deserved opener- after receiving a pass from Paul Brungard, Sterngold created a yard of space with a clever step-over before firing low with an excellent finish.

Following the goal, Mountaineer Mondaze closed out the half rather comfortably by continuing to control possession with Enrique Castillo pulling the strings in midfield.

The second half was actually more competitive than the first and LA United were somewhat unfortunate to concede an early second half goal as Paul Brungard’s throw-in took an awkward bounce off of LA’s Hassan Boujarah before landing at the feet of Mark Anderson who easily tapped in from close range.

LA responded positively as The Mountaineers seemed comfortable to sit deeper and absorb more pressure following the second goal. Danny Hibbs provided LA with much needed energy as they probed to pull a goal back. Mountaineer Mondaze goalkeeper, Louie Comfort did well to deny Kolachi Pombor and Zakk Bowman.

Unfortunately for LA, Sterngold soon gave the Mountaineers a 3-0 lead with an instinctive header as he met Paul Brungard’s looping header with LA goalkeeper Ian McCann stranded out of position.

LA again responded well, forcing a number of saves from Louis Comfort and winning five corners within the last ten minutes. Despite absorbing some pressure, the Mountaineers still looked assured in defense. They did particularly well to nullify the threat of Kolachi Pombor who was often forced to drop deep into midfield to receive the ball and was limited to long range efforts which rarely tested Louie Comfort.

As LA continued to press for a goal back, Kelly Cook sealed the game with a calm finish after receiving a pass from Mark Anderson. LA eventually pulled a late goal back as Pat Slattery finished, following a surging run from Danny Hibbs. On the whole, LA’s performance was not bad at all, but was just not enough to cope with the quality of the Mountaineer Mondaze who deservedly end their regular season campaign at the top of the table. LA United have secured a play-off spot, but still need at least a draw next week to guarantee avoiding Mountaineer Mondaze in a semi-final match.