Mountaineer Mondaze cruise past Dilly Dilly and into the Championship after a closely contested first half. 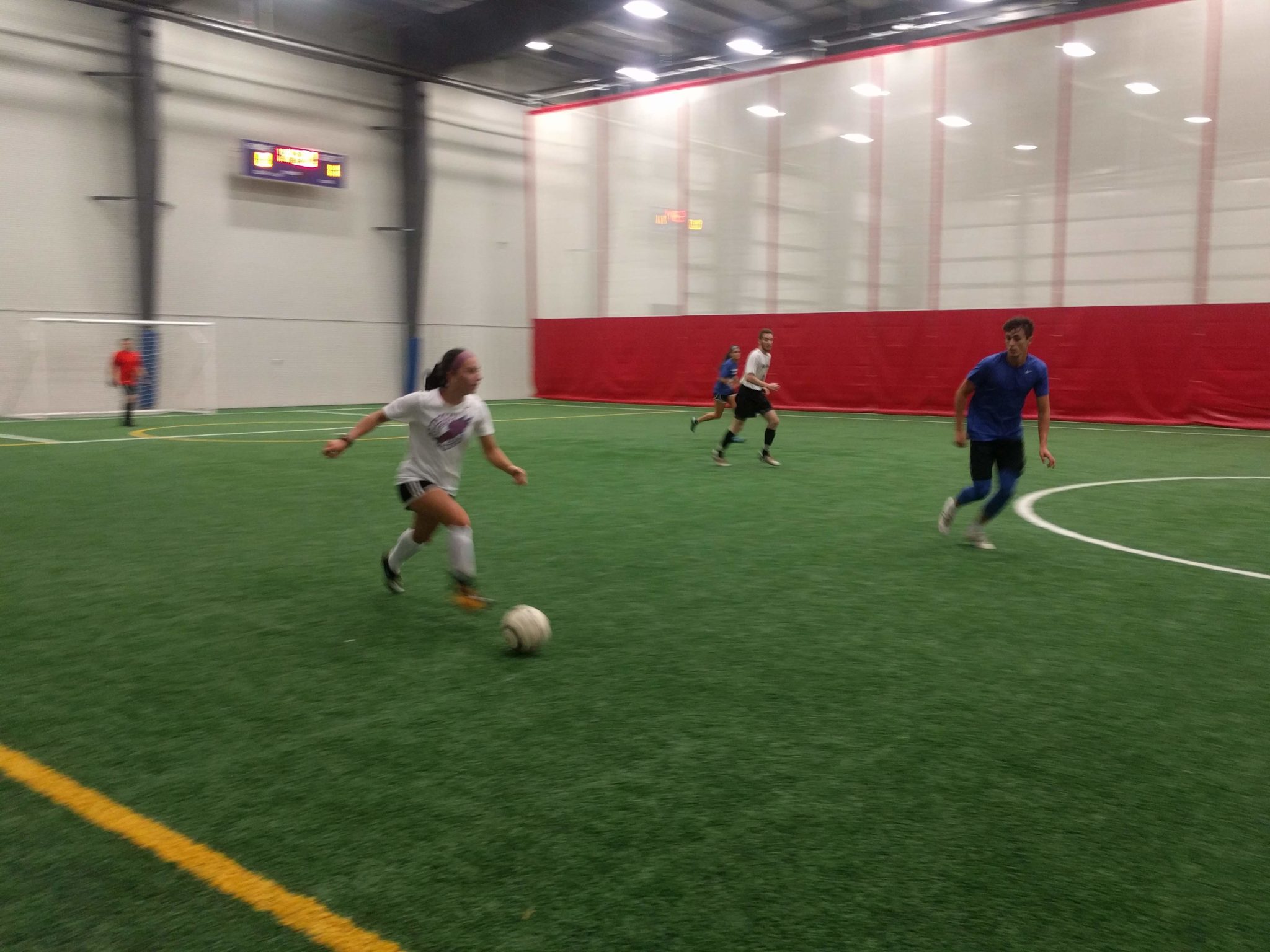 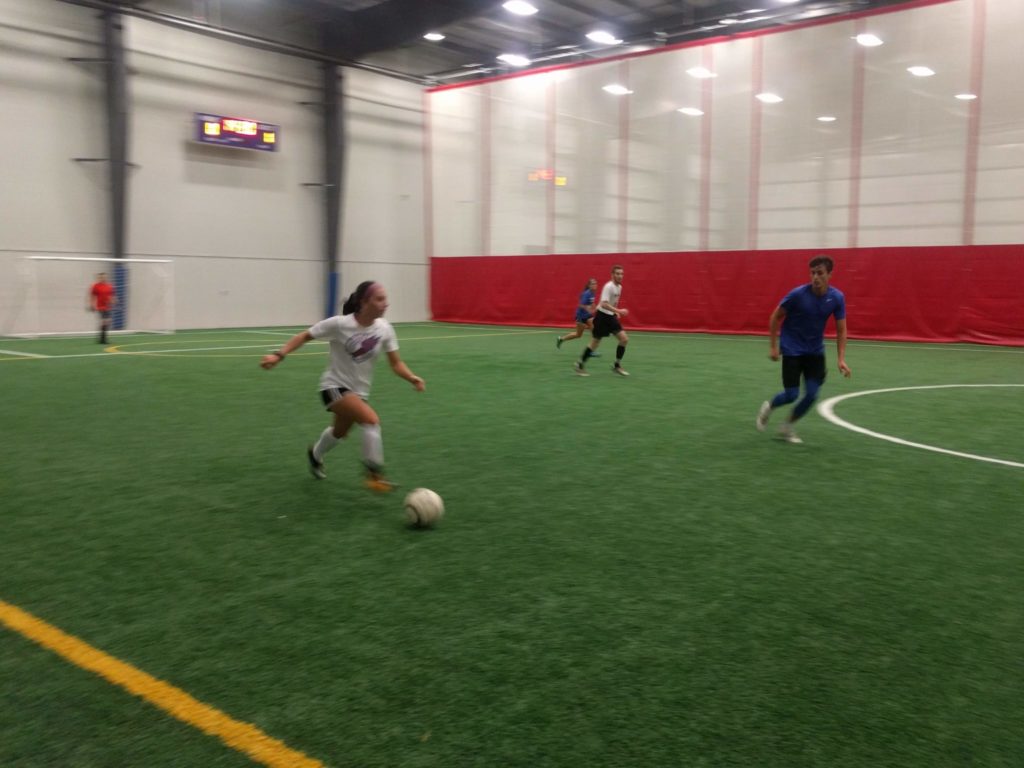 A second half revival, led by a hat-trick from Matt Hibbs propelled the Mountaineers past Dilly Dilly and into the final.

Mountaineer Mondaze looked dominant in the opening minutes, registering a goal just after the three minute mark as Christa Matlack finished a rebound following a shot from Ashley Sitler. Dilly Dilly keeper, Mark Longenber was a bit unfortunate as he got a fingertip to Matlack’s shot, but it was not enough to keep the Team of the Season forward from opening the scoring.

Dilly Dilly responded nearly immediately to the early goal as Jenna Gardner struck the post with a powerful low drive. Dilly Dilly continued to apply the pressure with Bill Covert forcing several saves from the Mountaineer’s Louie Comfort in a matter of minutes.

Mountaineer Mondaze survived the scare and answered back with several shots of their own as Matlack and Anderson tested Mark Longenberger with a few more shots.

Dilly Dilly ended the half on top, but will certainly regret a number of untaken chances with Bill Covert missing a golden opportunity in the 11th minute as he completely missed his kick from right outside the penalty box following an excellent pass from Jenna Gardner. 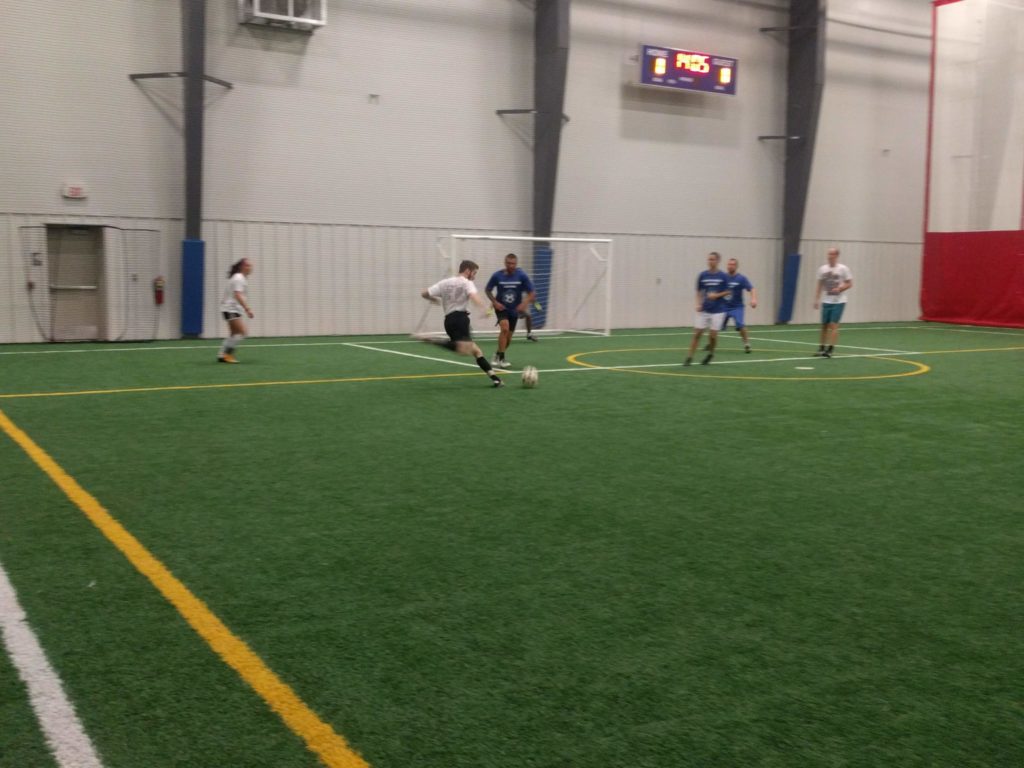 Ben Mowrer has a strike at goal.

Dilly Dilly actually tallied more shots on target than their top ranked opponents with the Mountaineers relying heavily on Louie Comfort to preserve their lead.

After an unconvincing first half, the Mountaineer Mondaze responded extremely well. After Ashley Sitler forced an early save from Longenberger, Matt Hibbs soon took over proceedings by scoring a hat trick within 5 minutes. His first was an excellent volley from a Sitler throw-in. Matt then took advantage of a poor Dilly Dilly pass in the defensive end to score his second. He capped off his hat-trick with well placed finished following some great play from Christa Matlack.

Bill Covert was finally able to get on the score sheet in the 28th minute with a fantastic low strike from 20 yards to beat Louie Covert, Unfortunately, it was only a consolation goal for Dilly Dilly as the clock ran down to end their season.