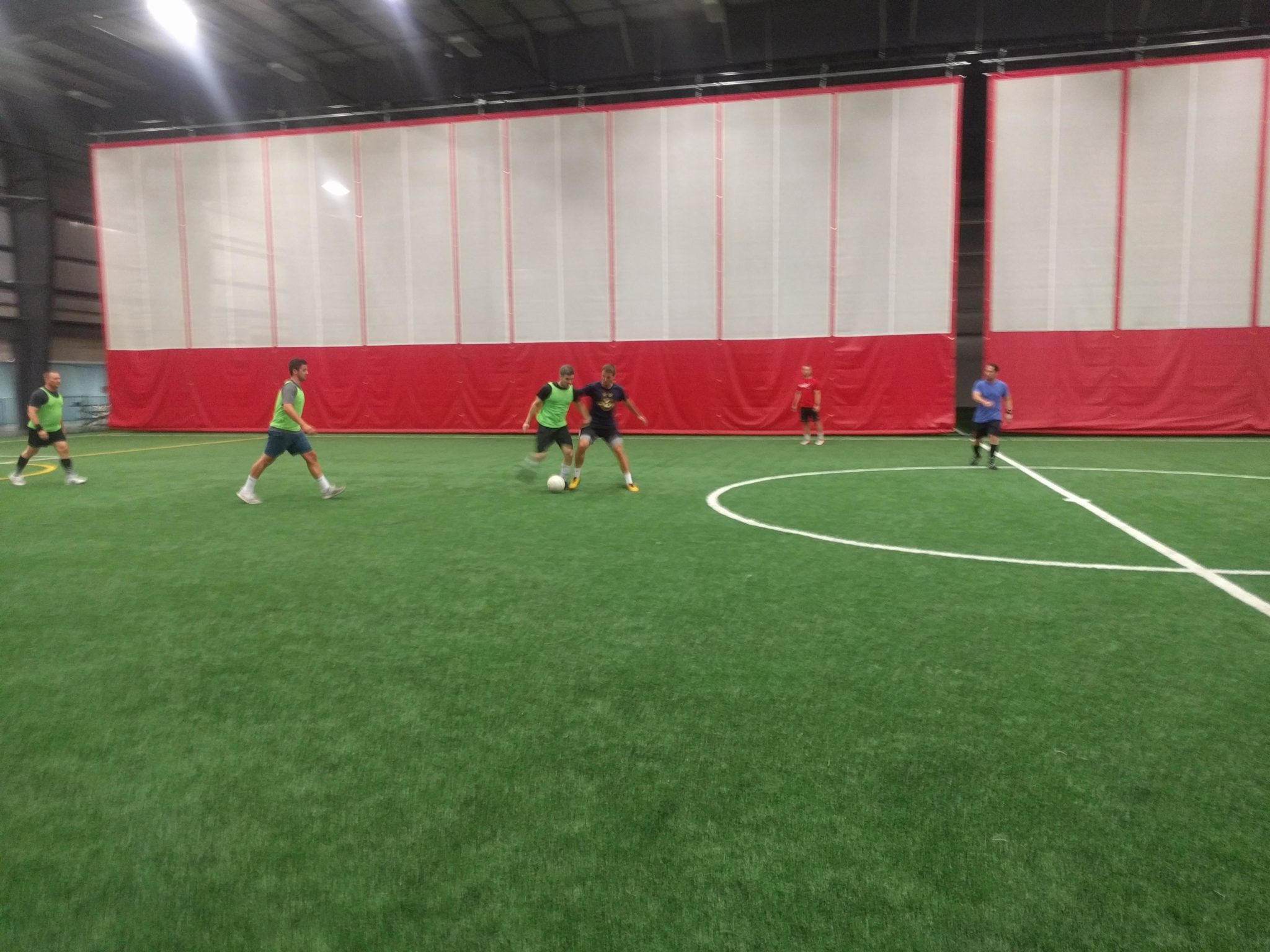 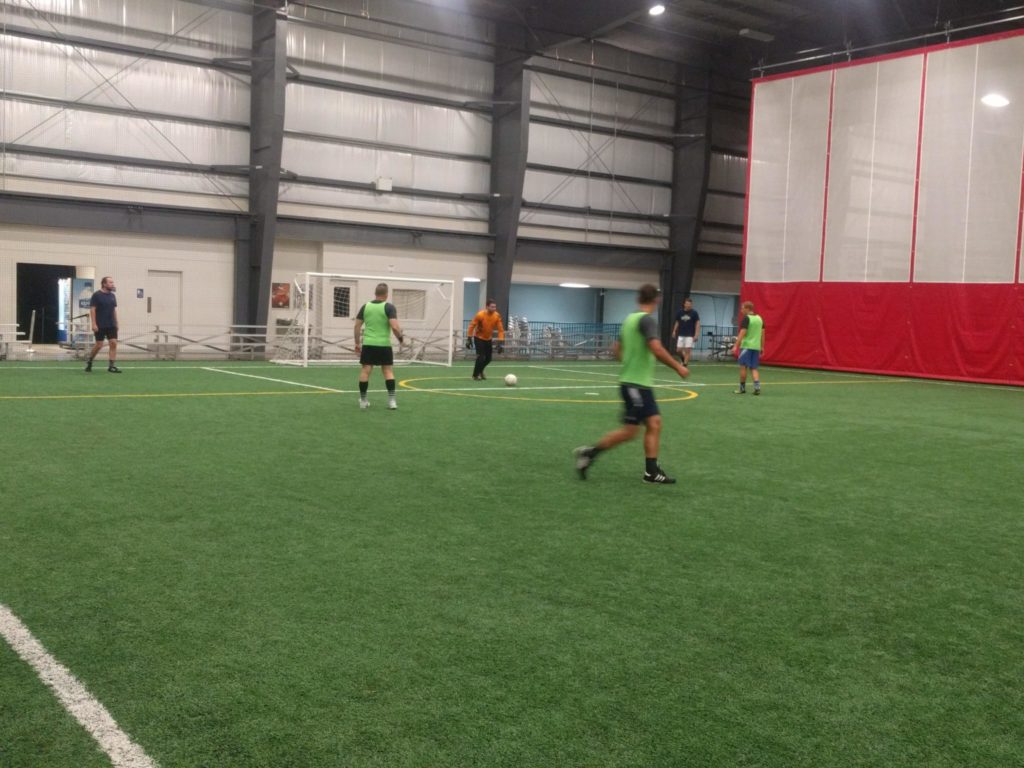 Greg Shimp scored twice, with his second goal being the game winner, with just 43 seconds remaining in the match.

Evergreen were the dominant side early on and if one had simply watched the first 15 minutes, it would have been hard to conceive how they could have possibly lost this match. The opening minutes saw Lycoming Engines pinned deep into their own half as they dealt with wave after wave of Evergreen attacks. Without another stunning performance from Paul Steingraber in goal for the Engines, this match could have been well out of reach for the eventual winners well before half time.

Evergreen opened the scoring in the 7th minute through a Nick Thornton goal. After receiving a pass from Eric Beiter, he cleverly shuffled the ball from one foot to the other to buy himself a yard of space before firing past Steingraber.

Perhaps eager to attack after absorbing so much early pressure, the Lycoming Engines found themselves the victim of a counter-attack when Evergreen’s Chip Edmund’s delightful through ball released Gabe Hutchinson on a break-away. Hutchinson coolly rounded Paul Steingraber as he charged off his line to deal with the situation and leaving Hutchinson free to tap into an empty net.

Everything seemed to be going to plan for Evergreen, as they continued to attack and forced Steingraber into making a number of good saves. A late first half goal-kick for Evergreen proved to be the beginning of their demise as it led to their defense squandering possession within their own half. Kevin Fisher reacted first to a loose pass from Andy Harris. His strike from 20 yards with less than 20 seconds remaining in the half was enough to beat Evergreen’s Patrick Coyle, who had not been previously tested at that point.

Even after pulling a goal back, victory still seemed out of sight for the Lycoming Engines who rarely looked like threatening the Evergreen goal throughout the first half. However, perhaps boosted by the late first half goal, they were much improved throughout the second half, showing more energy and attacking intent. Kristen Whitehead scored within minutes as she quickly reacted to a rebound following a strike from Alec Dietzel.
Lycoming Engines continued to attack as they searched for the winner. Their attacking threat forced Evergreen back into their half at times and the Engines began to look more secure defensively once they found their way into the game. Eventually, they scored their third straight goal to take the lead for the first time in the match when Greg Shimp did very well to instinctively follow up another rebound and fire home from close range.

Evergreen continued to press in search of the equalizer and they must have thought they had surely salvaged a draw as Chip Edmunds hit an excellent left footed drive into the bottom corner late into the 39th minute, following a pass from Nick Thornton.

Lycoming Engines, of course, had other plans and they were not content with settling for a point. With just over 40 seconds remaining in the match, an excellent ball from Joseph Taylor found Greg Shimp in a breakaway and he calmly finished to the delight of his teammates.

This Lycoming Engines side has once again demonstrated that they will not go down without a fight and on their day, they’re capable of beating anyone. Both teams still have everything to play for next week as a win will guarantee each team a spot in the play-offs.