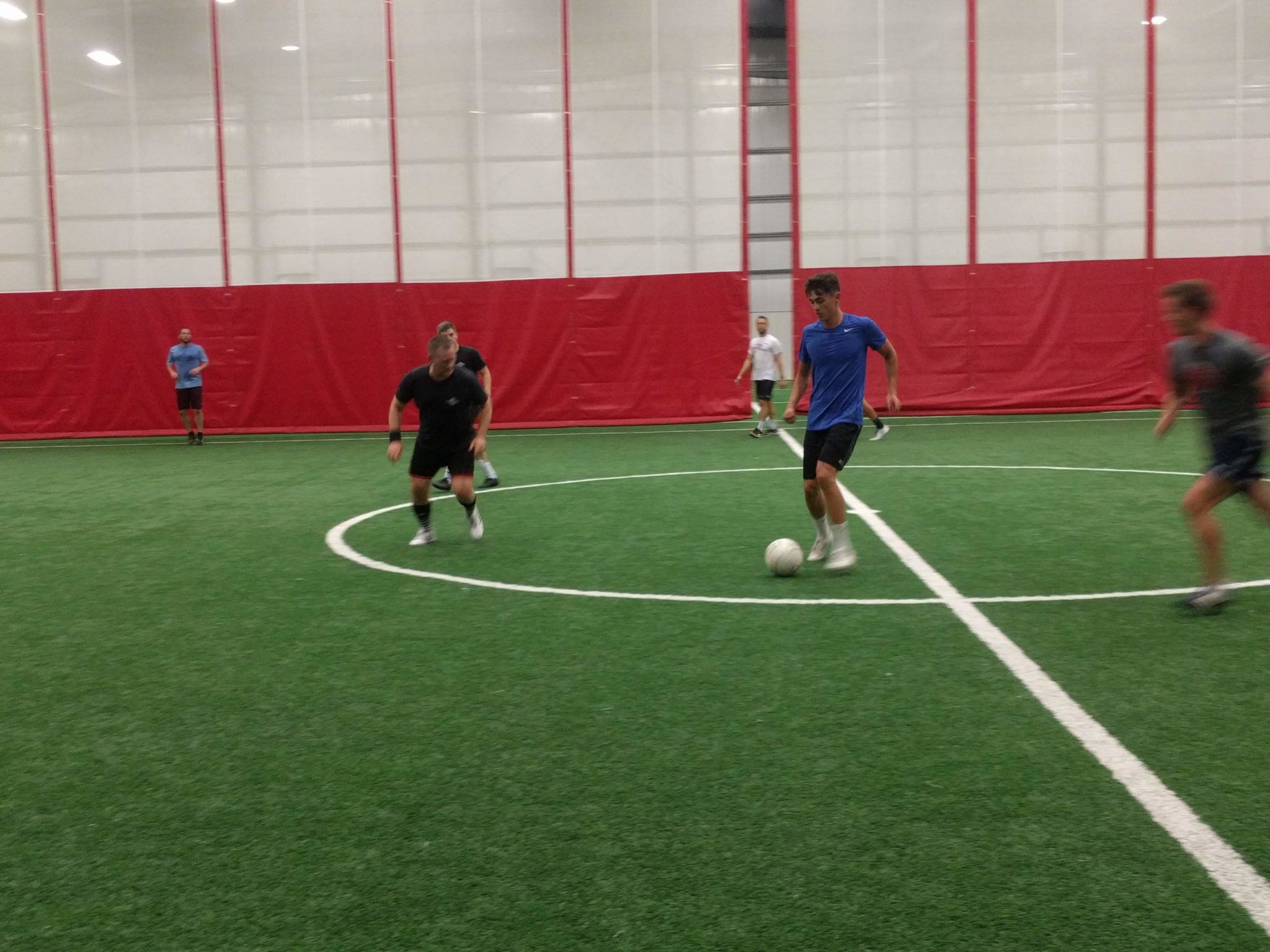 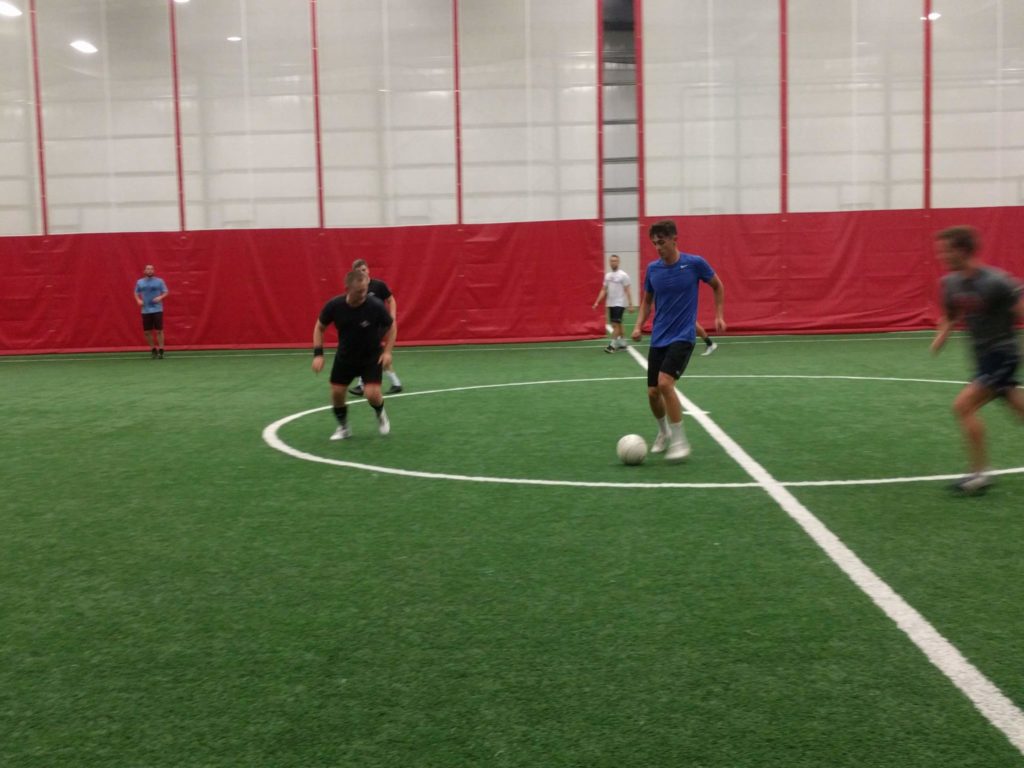 The Mountaineers’ Matt Hibbs looks to start the attack.

The match began with the Mountaineers applying the early pressure. Almost immediately, Lycoming Engines found themselves pinned back into their own half as Mountaineer Mondaze controlled the play and generated numerous chances. Lycoming Engines did well to absorb the pressure early on and even generated a few half-chances off the counter-attack.

The relentless attack from Mountaineer Mondaze eventually became too much for the Lycoming Engines as Matt Hibbs found the breakthrough goal following an excellently weighted pass from Kate Baldys.

Following the goal, the Mountaineers continued to probe for a second and had it not been for a series of excellent saves from Lycoming Engine’s goalkeeper, Paul Steingraber, the half time score could have easily been worse than 1-0.

Despite lacking any subs, Lycoming Engines responded well after the break. While they still did not create a great number of chances, they looked much more comfortable in possession and more organized in defense, reducing the number clear chances afforded to the Mountaineers. The calm play from Luke Potutschnig and the energetic runs from Kevin Fisher were instrumental in the turnaround.

A bit of fortune aided the Engines as well, as they found the equalizer just minutes after Matt Hibbs saw his effort strike the post for the Mondaze. The Engines’ goal was the result of a well worked set piece after an over-eager Paul Brungard was penalized for a sliding challenge. With the defensive wall set six yards from the spot of the free kick, Greg Shimp tapped the ball to Kevin Fisher whose well placed strike found its way into the side netting in the 32nd minute.

Following the set-back, Mountaineer Mondaze responded with an obvious sense of urgency and were rewarded for their determination in the 37th minutes as Matt Hibbs finished off a pass from Christa Matlack following an outstanding sequence of quick one-touch passing.

Just over a minute later, the Mountaineers sealed the victory as Matt Hibbs picked out Mark Anderson with a clever back-heel who did well to finish from a tight angle.