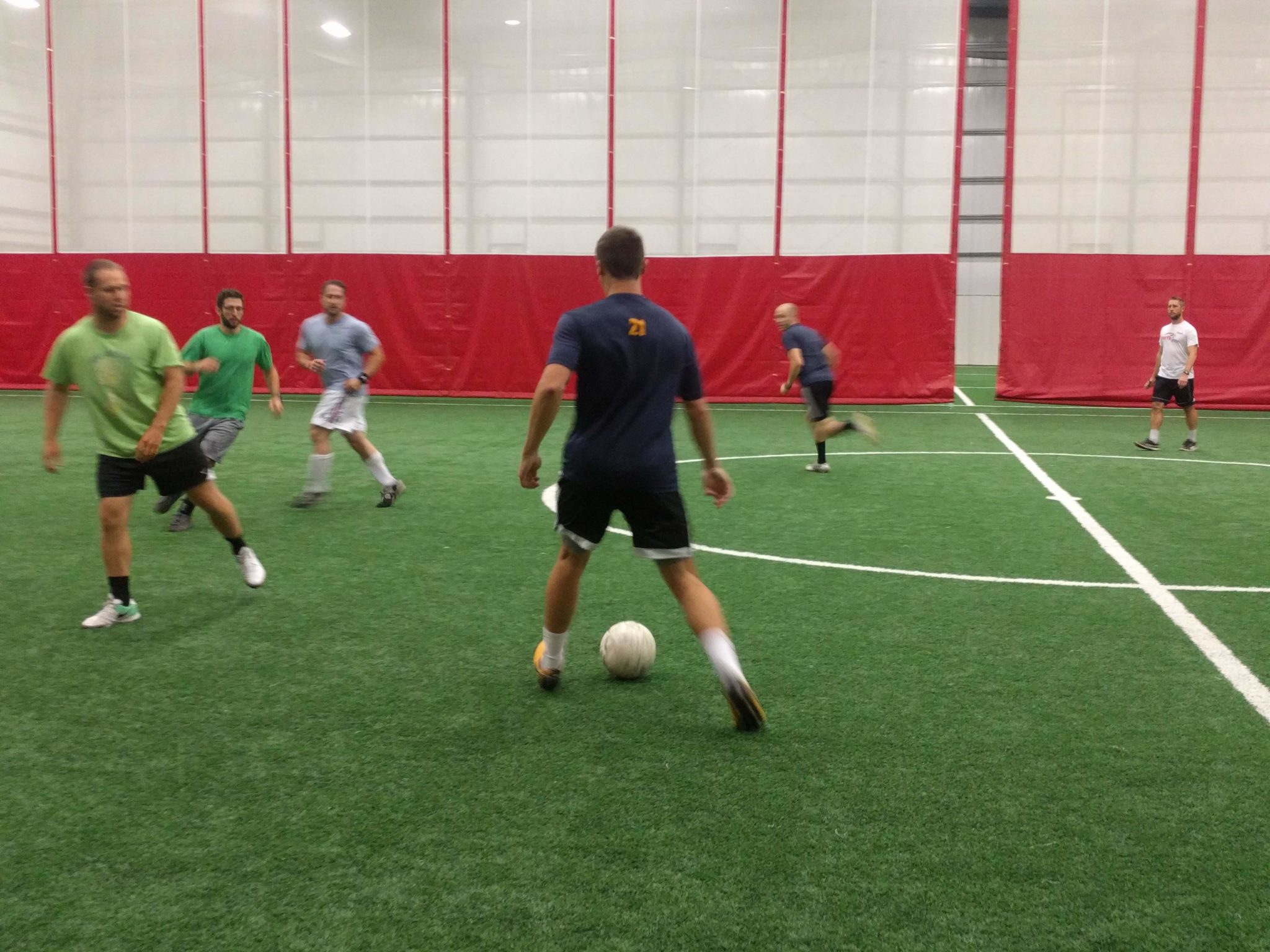 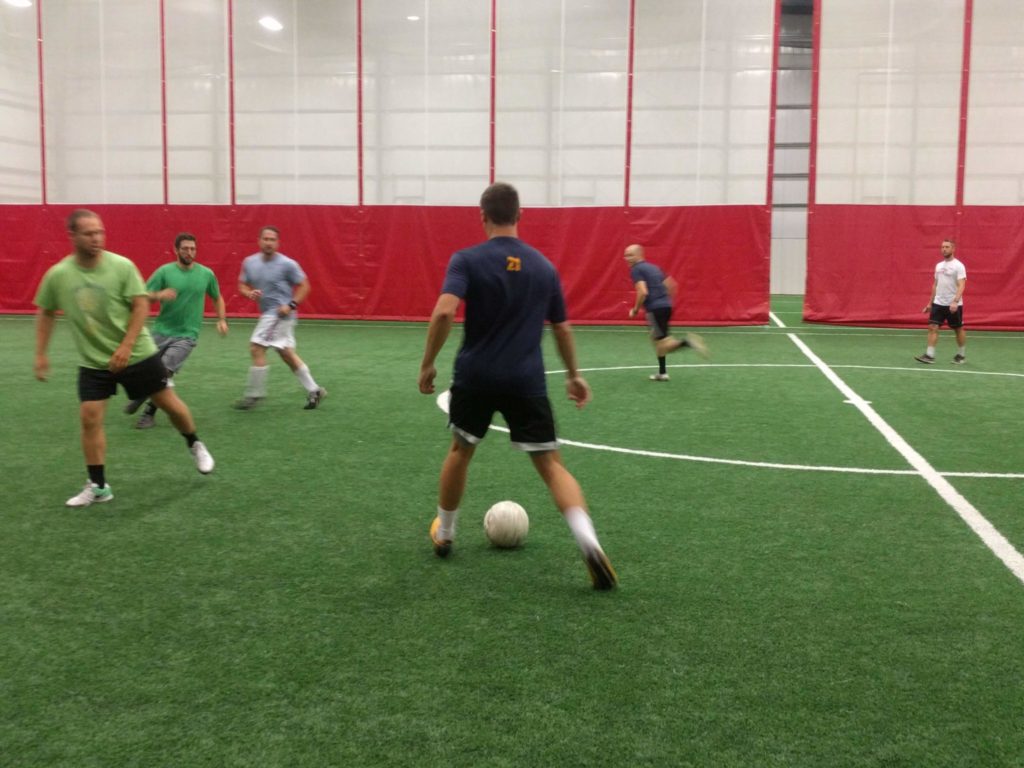 Nick Thorton in control of the play for Evergreen

Evergreen take care of business early on to make the second half a formality.

Evergreen took control of the match early on with the result never looking in doubt. Nick Thornton scored the first goal of his hat trick with less than 5 minutes played as he easily finished a ball spilled by the City Strikers goalkeeper. Evergreen continued to dominate possession with Nick Thornton always involved- he soon picked out Brad Fisher who steered his shot into the top corner in the 10th minute.

Eric Beiter then added a third less than two minutes later as he casually finished Joe Friel’s clipped pass with a deft touch with the outside of his foot. Nick Thornton was soon back to scoring as he volleyed Brad Fisher’s lofted pass in off the goalpost. Gabe Hutchinson then made it five as he scored a fantastic solo effort with a skillful turn and dribble.

Following the halftime break, Hutchinson quickly added his second with less than two minutes gone following an assist from Brad Fisher. Evergreen players were clearly fouled twice in the build-up, but referee, Adam Scheibeler calmly played the advantage on both occasions to allow Evergreen to score a well-worked team goal.

Evergreen could be forgiven for showing some complacency at this point and James Haywood grabbed a pair of late consolation goals for City Strikers as Nick Thornton completed his hat trick with a goal in between.

Overall, Evergreen’s performance was dominant, but they were certainly aided by City’s lack of substitutes and the absence of an experienced goalkeeper.