Dilly Dilly secure a playoff spot as they fight back to draw with Lycoming Engines. 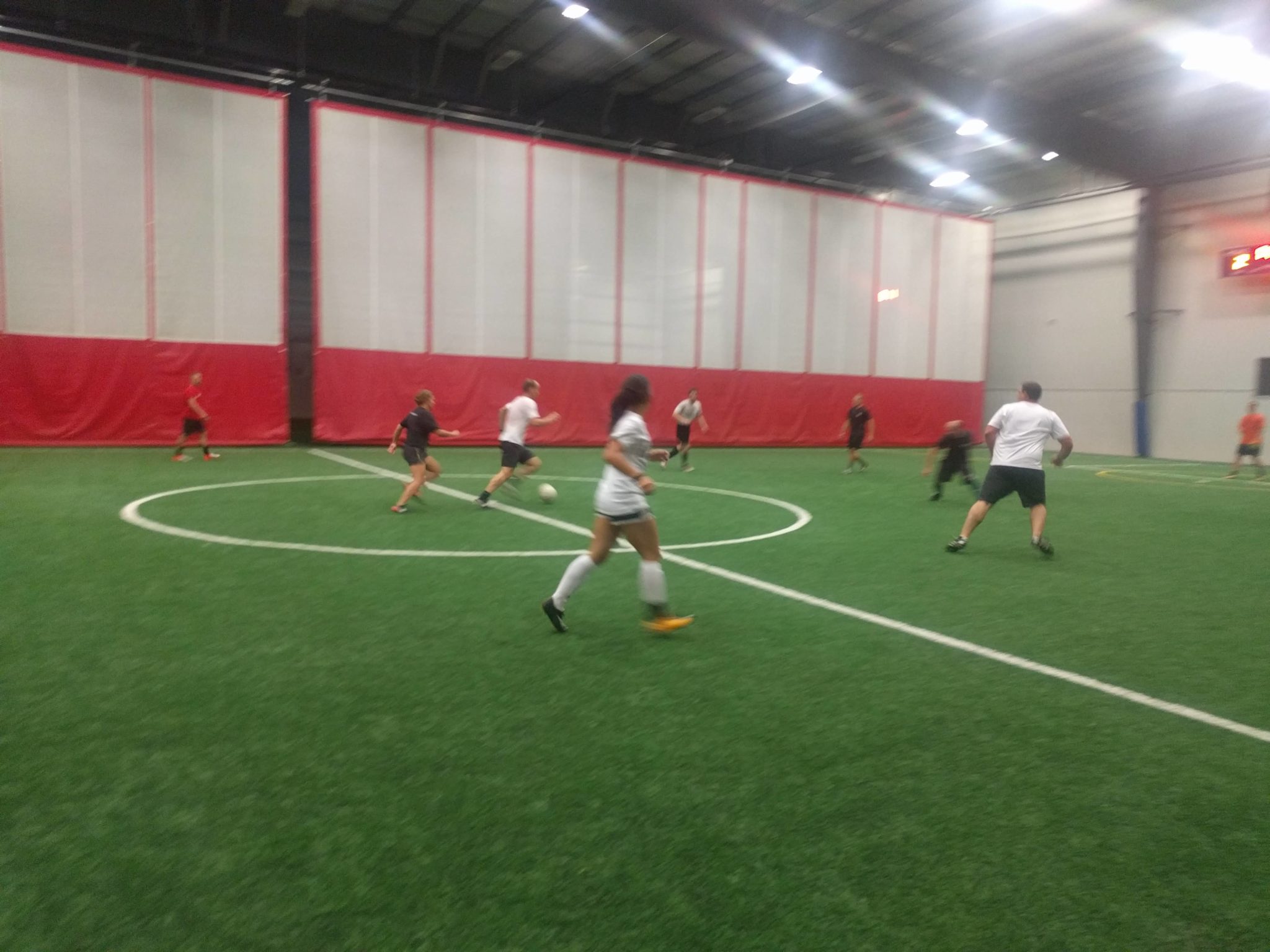 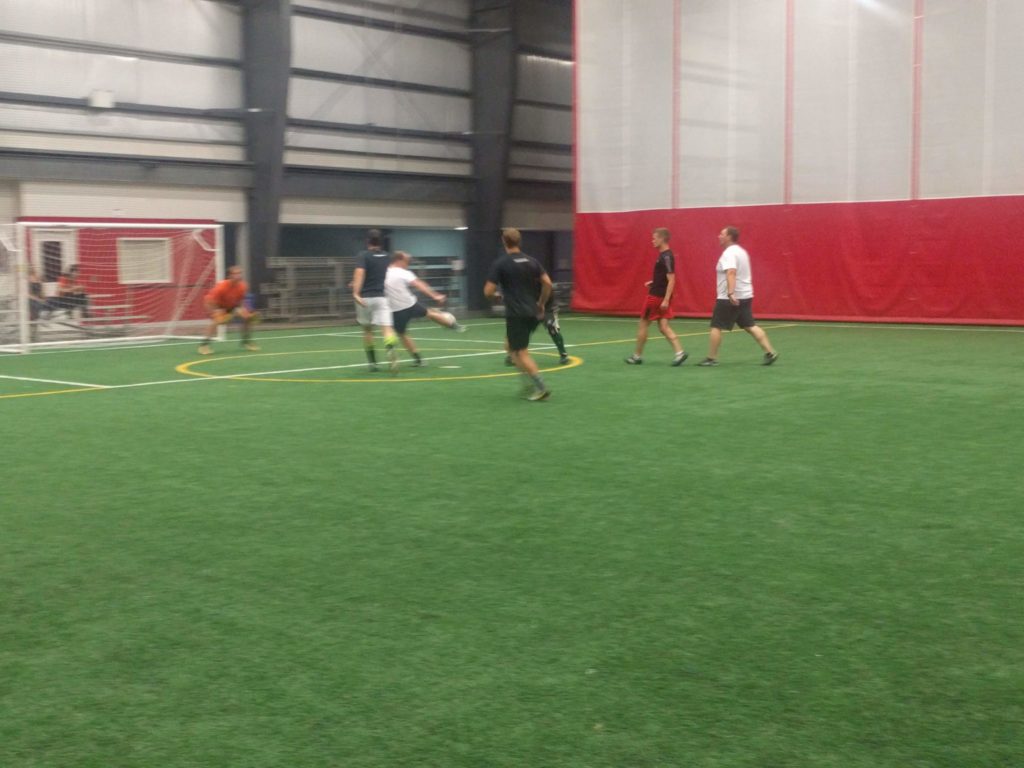 Alex Johnson scores a spectacular volley after controlling off his chest.

Alex Johnson, was again the difference maker for Dilly Dilly as they came from behind the secure a draw, which was enough to earn a playoff matchup with top ranked Mountaineer Mondaze.

Lycoming Engines, needing a win to secure a play-off spot Lycoming Engines initially rose to the occasion. They opened the scoring inside of three minutes as Kevin Fisher picked out Brad Mahan with a brilliantly weighted through ball. Brad capped off his run with an excellent finish to the bottom corner from a difficult angle.

The rest of the first half provided a perfect example of two teams finding their own success through dramatically different tactical choices. While Lycoming Engines was content to drop back on every Dilly Dilly goal kick, focusing on securing a deep and organized defensive unit, Dilly Dilly did precisely the opposite. Dilly Dilly pressed high on every single Engine’s goal kick, denying easy service into play, but potentially allowing more room in behind in the moments that Engine’s did manage to play out from the back. Dilly Dilly controlled much of the play and created lots of chances, while Lycoming Engines looked dangerous at every counter attacking opportunity.

In the 12th minute, Alex Johnson scored a stunning equalizer as his graceful chest control from Danny Schroeder’s lofted cross, set himself up for a spectacular volley which found its way beyond Lycoming goalkeeper, Paul Steingraber via the underside of the crossbar.

However, the Engine’s restored their lead a mere 31 seconds later as Joseph Taylor produced his own moment of magic following another key pass from Kevin Fisher. After receiving the pass about 15 yards from goal on the left side of the field, Taylor dinked a superb floated finish to the top right corner leaving Dilly Dilly keeper, Mark Longenberger with no chance.

Lycoming Engines added a third in the 17th minutes as Alec Dietzel scored with a commanding header following a throw-in from Brad Mahan. Less than a minute later and with their play-off hope in the balance, Johnson was able to pull back a vital goal before halftime as he swept home Jenna Gardner’s low cross less.

On the whole, the second half did not provide as much excitement as the back and forth spectacle of the first half. Lycoming Engines were slightly more willing to battle in midfield areas which resulted in much of the game being played through the middle third of the field with neither team created nearly as many chances their respective attacking thirds.

Despite generating far few chances than in the first half, Dilly Dilly only needed a moment to tie the match. Alex Johnson did very well to intercept a loose pass from the Engine’s defense and quickly dribbled to his right, drawing the entire defensive unit in his direction before cleverly squaring a pass to the unmarked Danny Schroeder who drove home a first time finish.

Dilly Dilly survived a few late scares. Brad Mahan regrettably fired wide following a breakaway situation with a few minute left. In the last few seconds, Kevin Fisher saw his well-struck volley drift narrowly wide of the goal post and out for a goal-kick. Unfortunately for the Engines, their season has come to end. They surprised many teams this season, and earned well-deserved respect for their efforts. Notably, they were the only team to beat the top ranked Mountaineer Mondaze this season.

Dilly Dilly are set to play Mountaineer Mondaze in the semifinals on 7/30.