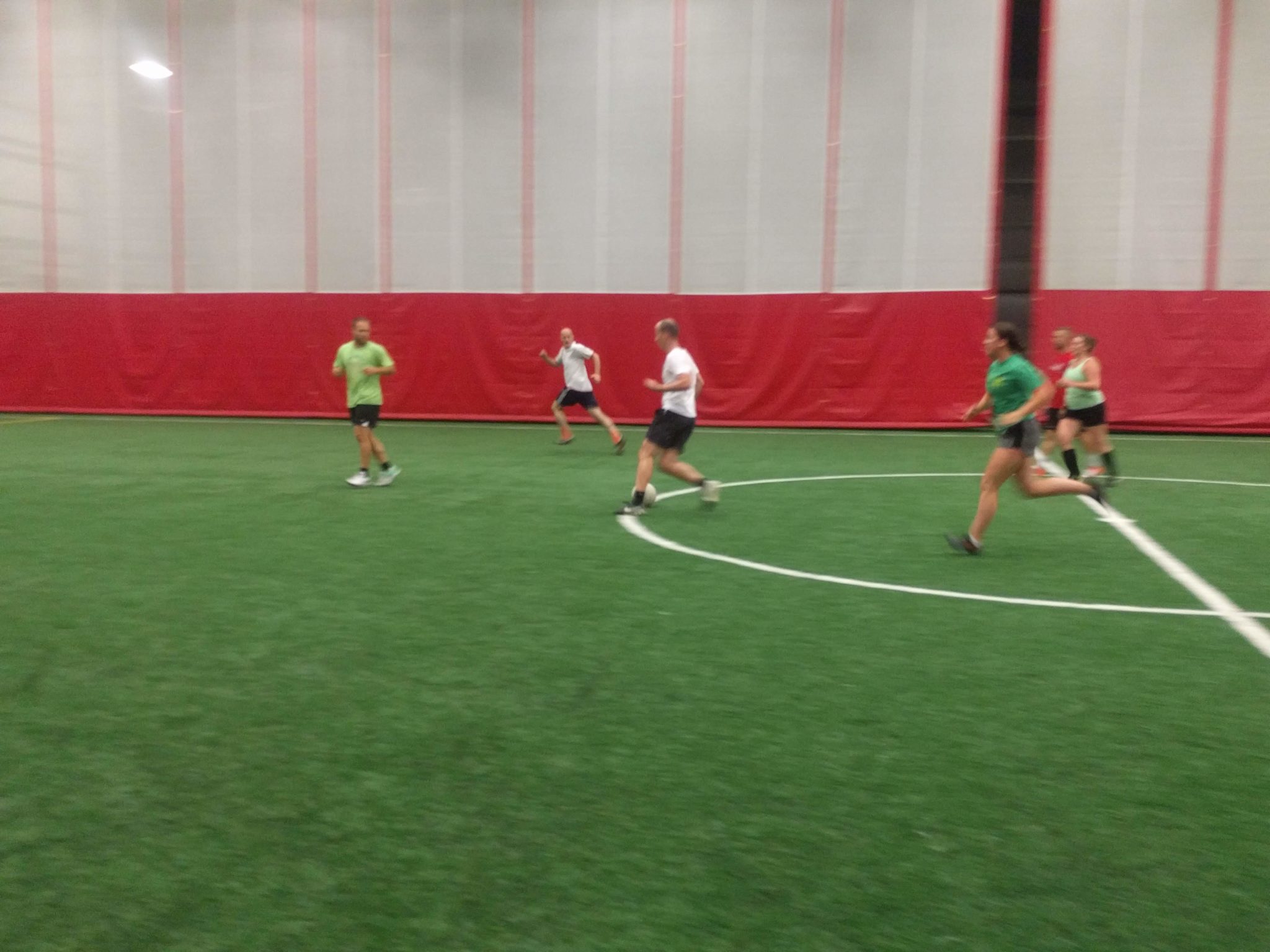 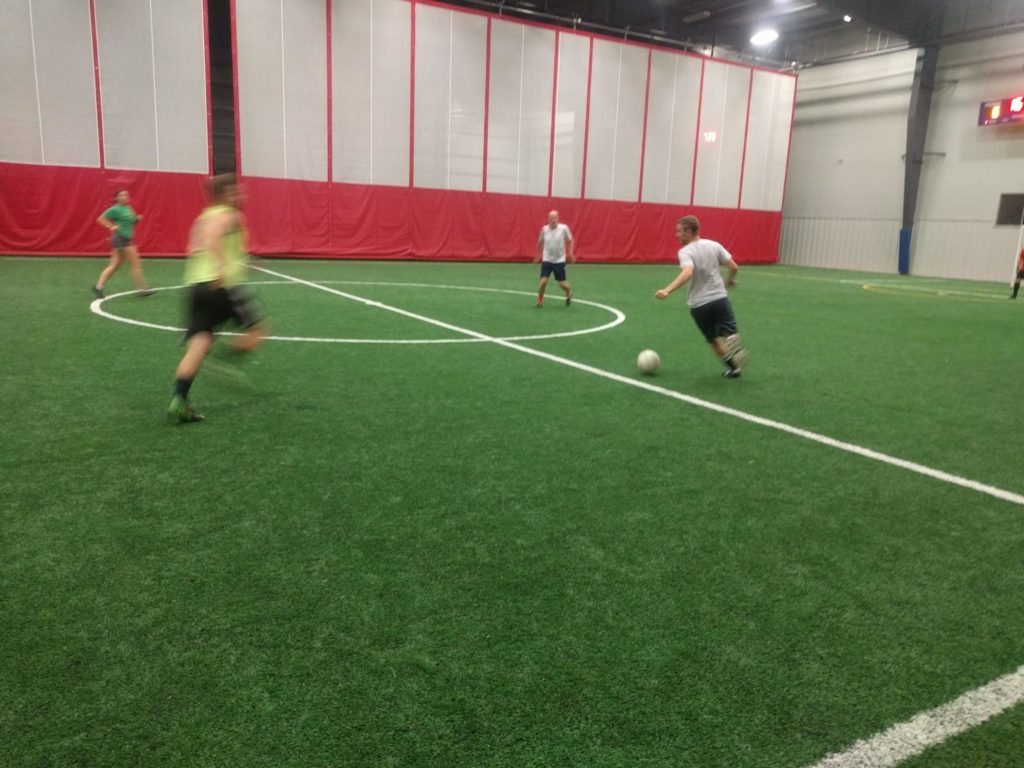 An inspired performance from Alex Johnson and two goals from Curtis Steinbacher propel Dilly Dilly past City Strikers and into third place.

Dilly Dilly began the match with confidence and obvious attacking intent as they immediately seized control of the match, pinning the Strikers back deep into their own half. City Striker’s goalkeeper, Brandon Rathburn was forced to make four saves within the opening four minutes, but could not deny Curtis Steinbacher’s first time finish into the top corner after receiving a fantastic ball from Alex Johnson following an energetic burst down the right.

Johnson soon added a goal of his own after winning a tackle in the attacking half and slotting a finish through the legs of Brandon Rathburn in the 12th minute. Just over two minutes later, Johnson was the provider once again as he picked out an unmarked Rod Harris with a lofted, long-range pass. Grateful for the quality of the pass, Harris expertly finished with a low strike to the bottom corner.

City looked down and out as the game reached half-time, but then pulled a goal back almost immediately with an incredible solo goal from Sam Hunter. Hunter collected the ball near the left touchline of his own half. A quick feint, and a fantastic burst of pace was all he needed to get within range before squeezing in a left footed finish from a tight angle.

Unfortunately for City Strikers, the goal came against the overall run of play and they rarely threatened for the remainder of the match as Dilly Dilly went on to add two more goals to keep the match well out of City’s reach.

Alex Johnson added his third assist of the match in the 33rd minute as he picked out Curtis Johnson with an assured pass. Curtis Steinbacher’s powerful strike was too much for the Rathburn to keep out, despite the City goalkeeper getting a hand to it.

The recipient of several fine assists, Curtis Steinbacher soon repaid his team with an excellent assist of his own as he doggedly chased ball down the right with tremendous determination- he managed to deliver a cross to Jenna Gardner just a moment before the ball crossed the end-line. Jenna calmly finished to put the result well beyond doubt and keep Dilly Dilly’s play-off hopes in the balance, going in to the final week of games.