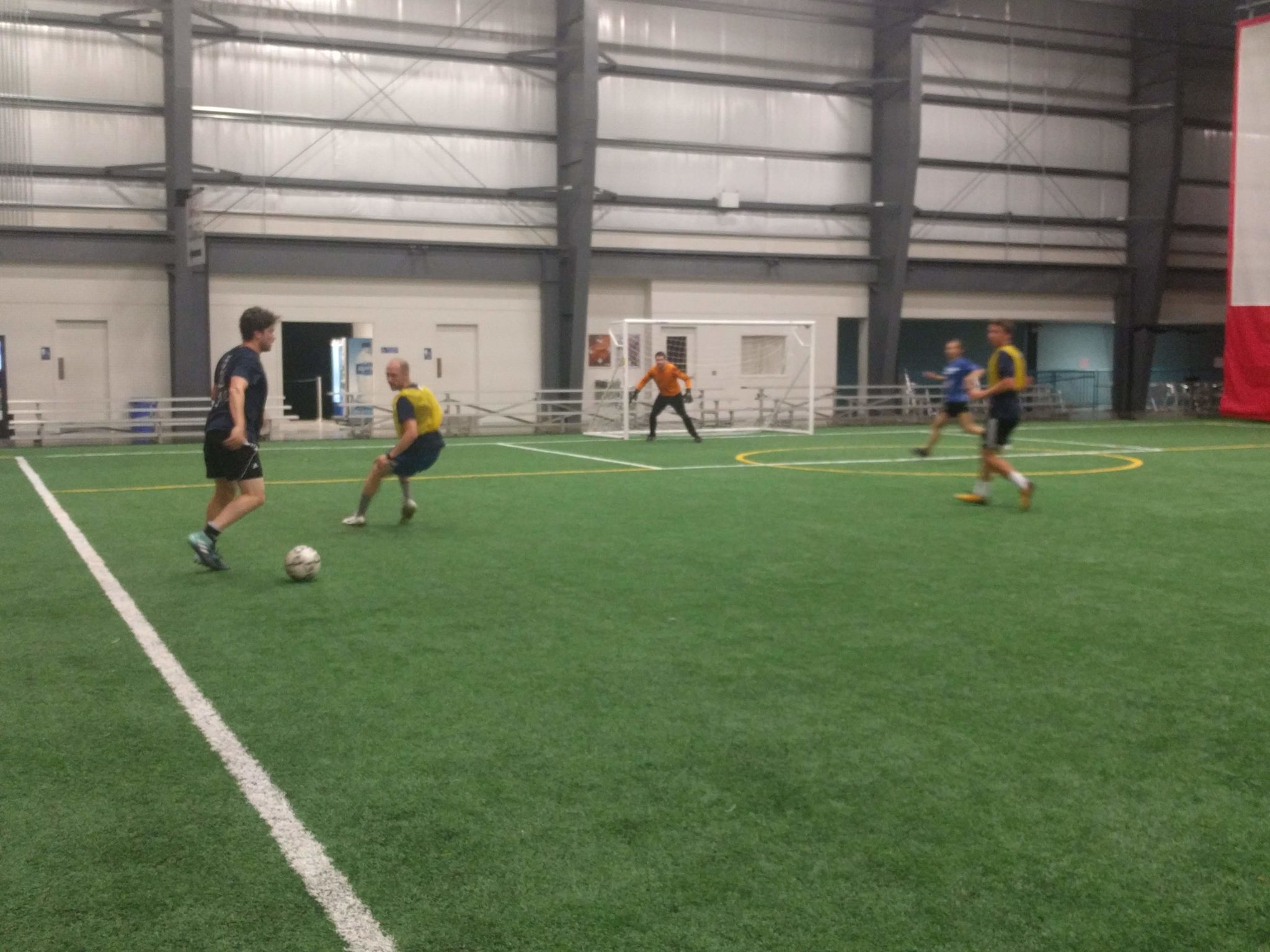 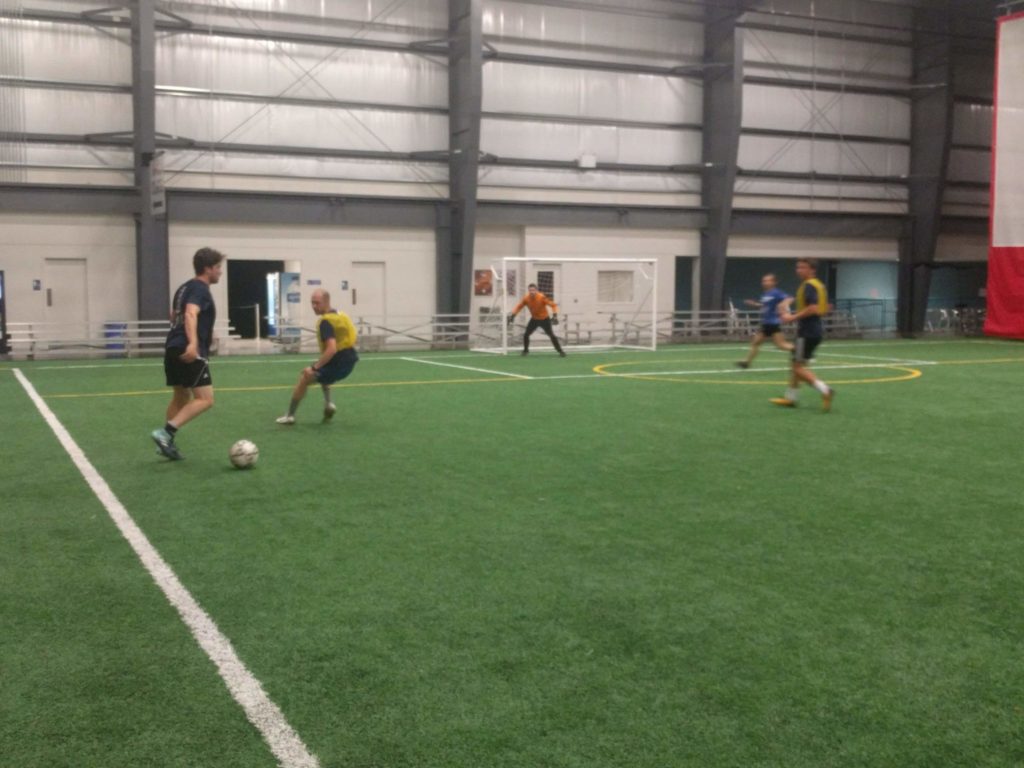 Both sides took the field on Monday night following emphatic wins in each of their previous contests. This match certainly lived up to expectations and provided the arena with an enthralling spectacle, full of skill and physicality.

The Mountaineers took the early initiative, forcing several early corners and were rewarded with a goal through Enrique Castillo with the assist coming from Kelly Cook. Evergreen were on the backfoot for much of the first half, but they actually did quite well to deal with the threat provided by Sterngold. Joe Friel put in a fine defensive display as he often found himself in one on one situations with the Mountaineer’s new attacker.

Having done well to absorb the early pressure, Evergreen were soon rewarded as Gabe Hutchinson connected with Nick Thornton’s corner to level the score in the 15th minute. Hutchinson could hardly contain his emotions as he shouted emphatically to celebrate the equalizer.

However, the Mountaineer Mondaze soon were back on top as John Roskowski provided another key pass to pick out David Sterngold who found a pocket of space 15 yards from goal. Sterngold calmly finished to open his goal scoring account at the Liberty Arena just before halftime.

Evergreen looked much improved to start the second half, creating numerous chances- forcing a number of saves from Louis Comfort and winning several corners. Unfortunately, they were unable to capitalize and were soon punished as David Sterngold broke free down the right and crossed into the box for Christa Matlack to finish.

Evergreen were soon gifted a lifeline as Mark Anderson carelessly squandered possession in the final third, giving the ball straight to Evergreen’s Nick Thornton who easily finished to give his side hope in 27th minute. Unfortunately, Evergreen returned the favor just over two minutes later as Evergreen keeper, Patrick Coyle gave the ball away to David Sterngold who coolly dribbled past him and finished to seal the victory for the Mountaineers.