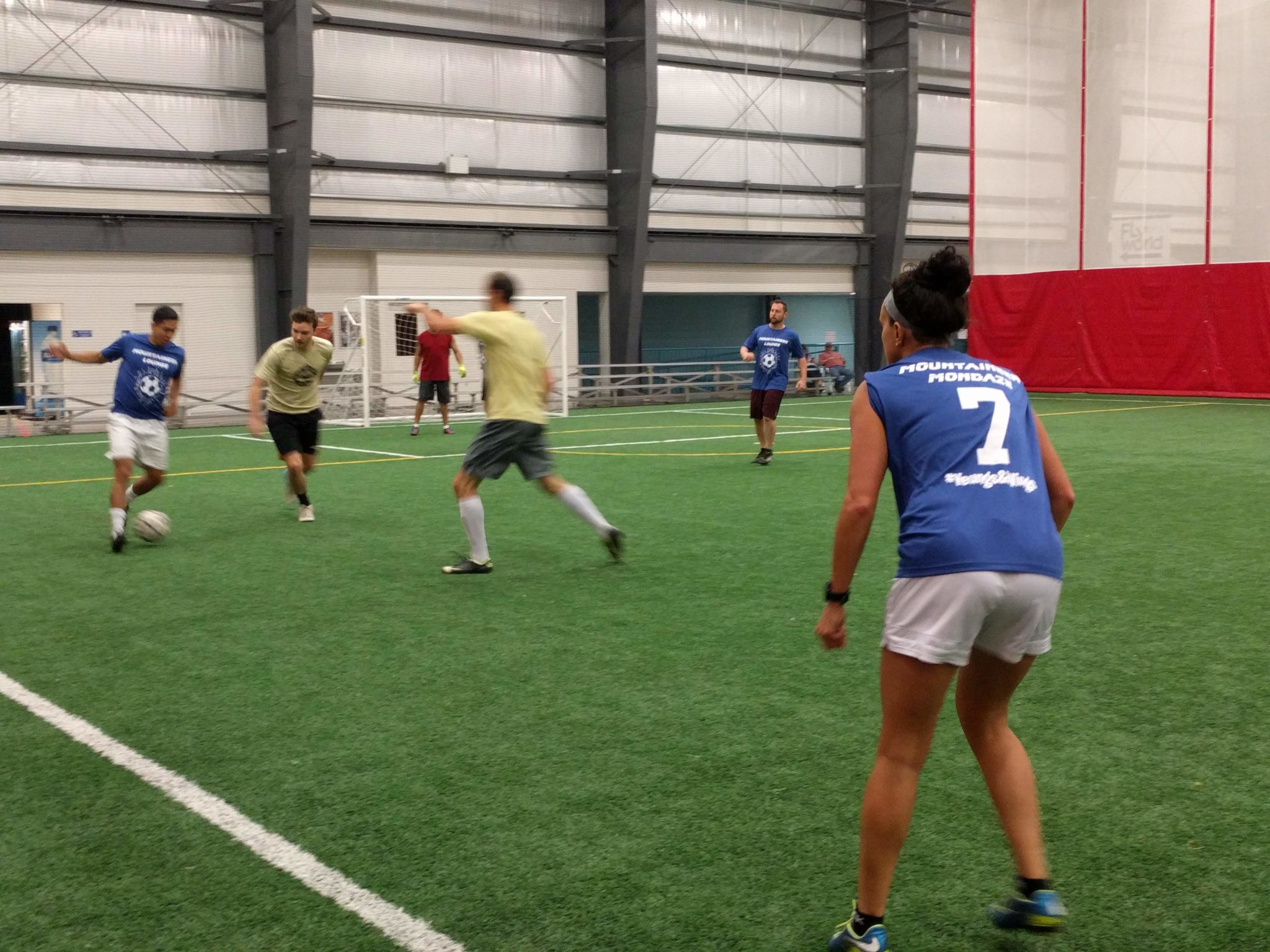 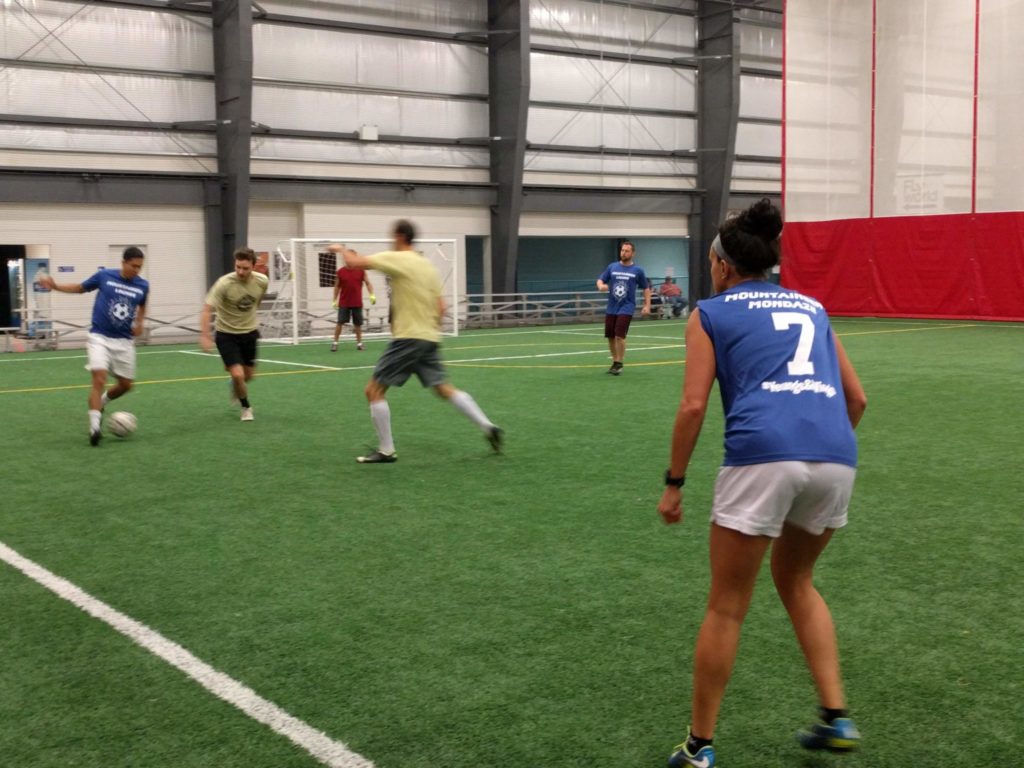 Enrique Castillo, looks to play out of the back as ManChestHair apply pressure.

Mountaineer Mondaze, looked a side transformed as they sported a fresh blue kit for the first time, reviving hope of a title run.

Mountaineer Mondaze and ManChestHair United both looked to turn things around in this match following poor runs of form in each of their last two matches.

Christa Matlack looked for her second goal of the night as she fired a venomous effort off the crossbar, forcing the dominant Mountaineers to settle for a 2-0 lead entering the half.

The introduction of Ivo Klaric for ManChestHair provided a much need spark. The Croatian was a continuous threat throughout the first half, but Anderson and Brungard did very well to nullify his contribution. Anderson’s imperious defensive performance was only marred by a bizarre and seemingly unnecessary exchange with referee, Adam Scheibeler during half time. It’s unclear exactly what he said, but Scheibeler showed no hesitation in producing the league’s first yellow card of the season.

Enrique Castillo produced his best performance of the season thus far, controlling the midfield with the typical class and composure that the Arena has come to expect from the left-footed Peruvian. He capped off a stellar performance with a goal following a corner from Kelly Cook in the 37th minute. Just 21 seconds later, Christa Matlack provided a phenomenal pass, which Tom Flick finished with ease to put the result well beyond doubt.