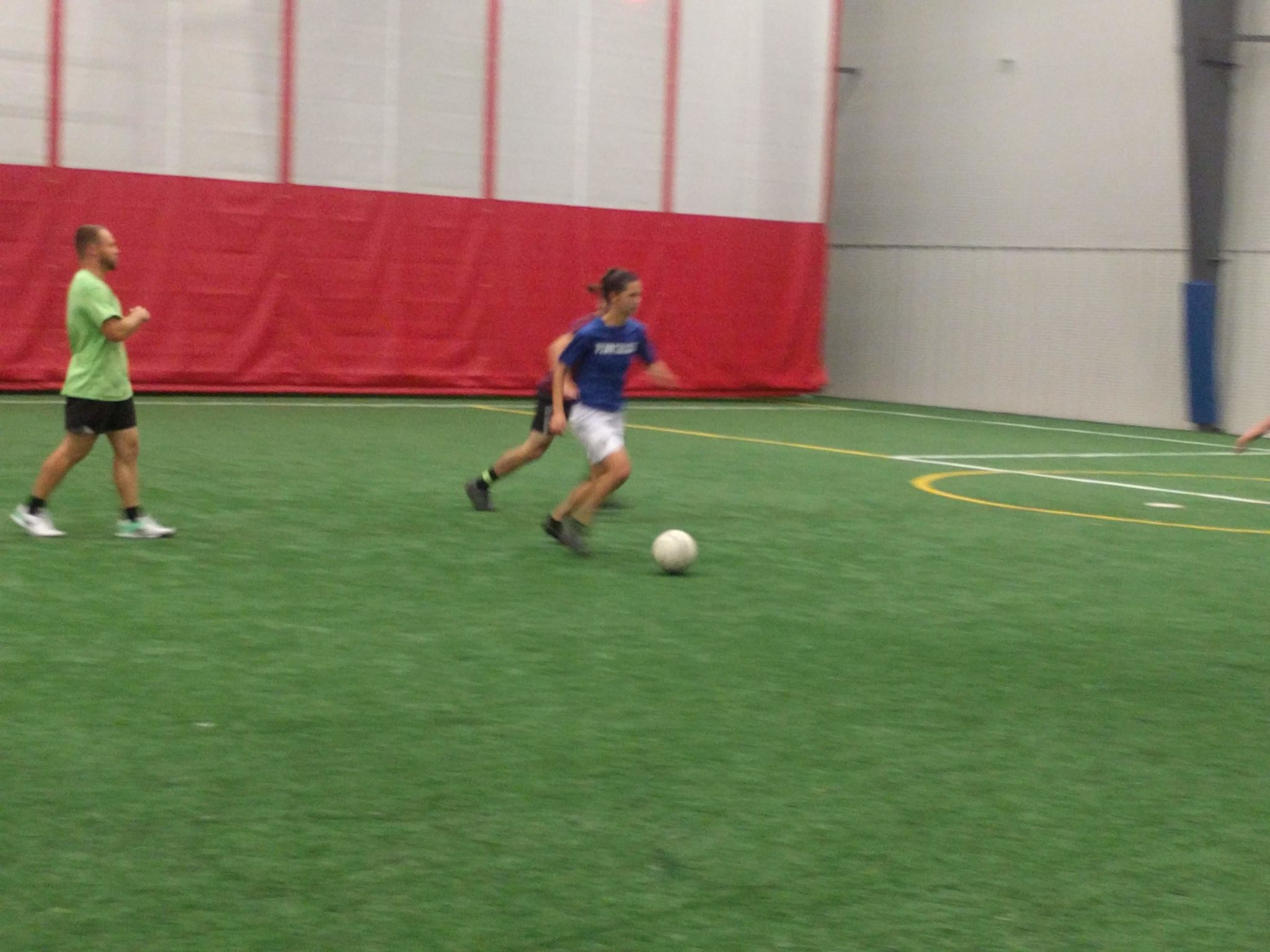 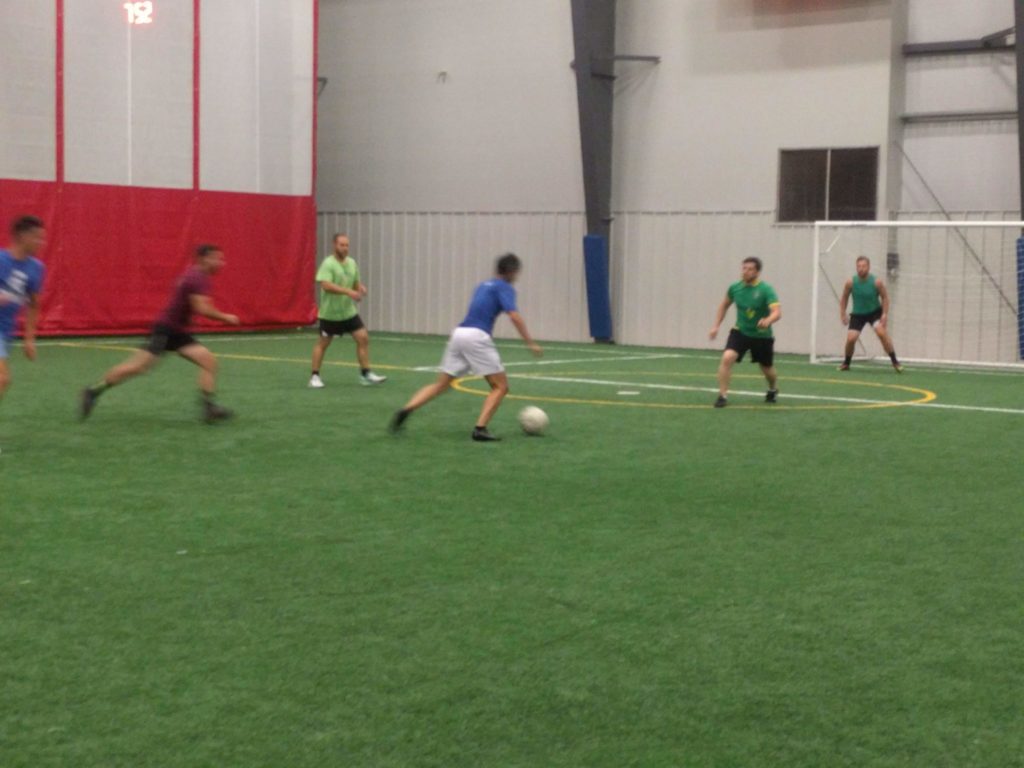 City Strikers had no answers for the dual threat provided by the mazy dribbling of Matt Hibbs and Matlack’s sensational attacking display which showcased her electric pace, skill on the ball, and ruthless finishing.

Matlack, a former Bucknell standout, needed less than 5 minutes to open her goal-scoring account for the night and she never looked back. A fine finish off the post following an assist from Matt Hibbs was an early sign of things to come.

Hibbs was again the provider as Ashley Sitler received his pass and rifled a shot into the top corner following a mesmerizing passing sequence from the Mountaineers. Less than a minute later, Sitler did very well to thread a lofted cross-field through ball to Matlack with a clever first time pass. Matlack made no mistake with her finish and added two more before the half. Matt Hibbs contributed another assist and added a goal of his own to send the Mountaineers into the half with a commanding 6-0 advantage.

Perhaps feeling slightly complacent and/or fatigued, the Mountaineer Mondaze conceded an early second half goal as Sam Hunter took advantage of an errant pass from the Mountaineers’ Mark Anderson. Mark looked to the bench to substitute himself, but quickly realized that with no substitutes on the bench; he would have to carry on. He soon made amends for his error with a powerful left-footed strike which found its way over the goal line after rattling the near post.

Matlack went on to score four more in the second half with a series of cool finishes as the Strikers remained unable to cope with her relentless attacking threat. Sitler, Roskowski, and Hibbs provided assists.

Luke Justice and Andrew Traxler both scored late for the Strikers, but it was obviously too little too late to have any consequence towards the result.