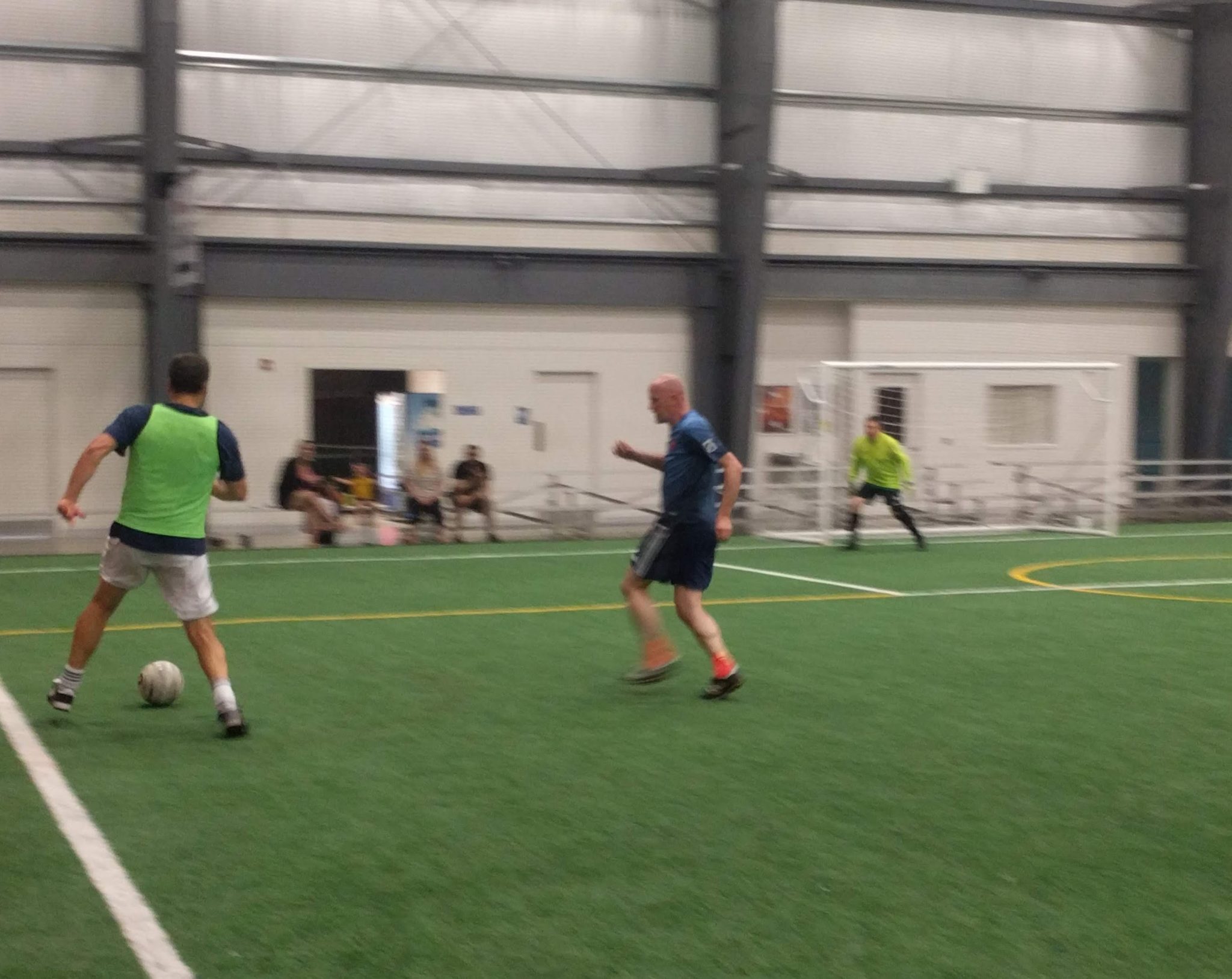 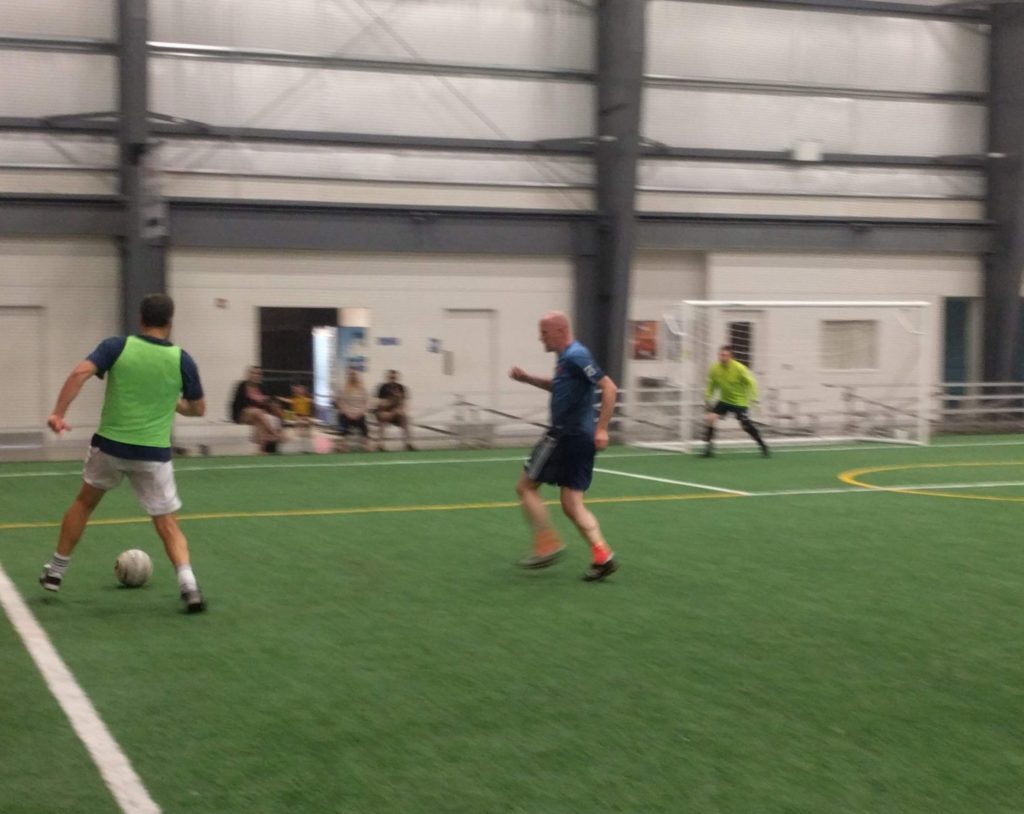 Chip Edmonds looks for a chance to cross for Evergreen.

Evergreen needed only a few minutes to settle into the match before beginning to thoroughly control proceedings. The warning signs were there for Dilly Dilly as Gabe Hutchinson forced a save from Mark Longenberger before he and Chip Edmonds both had powerful efforts rattle the goal posts.

Hutchinson was soon rewarded for his early energy as he fired past Longenberger with Edmunds providing the assist. The early goal served as a preview of things to come, as Hutchinson’s hat-trick was only overshadowed by Nick Thornton’s four goal haul.

Thornton opened his account next as he calmly slotted in a rebound in the 17th minute. Hutchinson and Brad Fisher added another goal each to allow Evergreen to cruise into half time with a commanding four goal lead.

Joe Briel added goal number five capping off a well-timed run with a towering header from an Eliott Strickland corner.

Nick Thornton then compounded Dilly Dilly’s misery by scoring three times within two minutes, including a thunderous first time strike, which tested every fiber of the net after soaring past Longenberger. Chip Edmonds provided the assists for each of his goals during this two minute scoring rampage.

Despite their best efforts and some sporadic spells of decent possession, Dilly Dilly failed to create many clear cut chances on the night, forcing only three saves from Evergreen’s Patrick Coyle.

In truth, the result could have been worse for Dilly Dilly as Evergreen struck the posts no less than five times. Evergreen’s ruthless attacking performance was one of the most impressive the league has witnessed all season and firmly establishes them as legitimate title contenders.