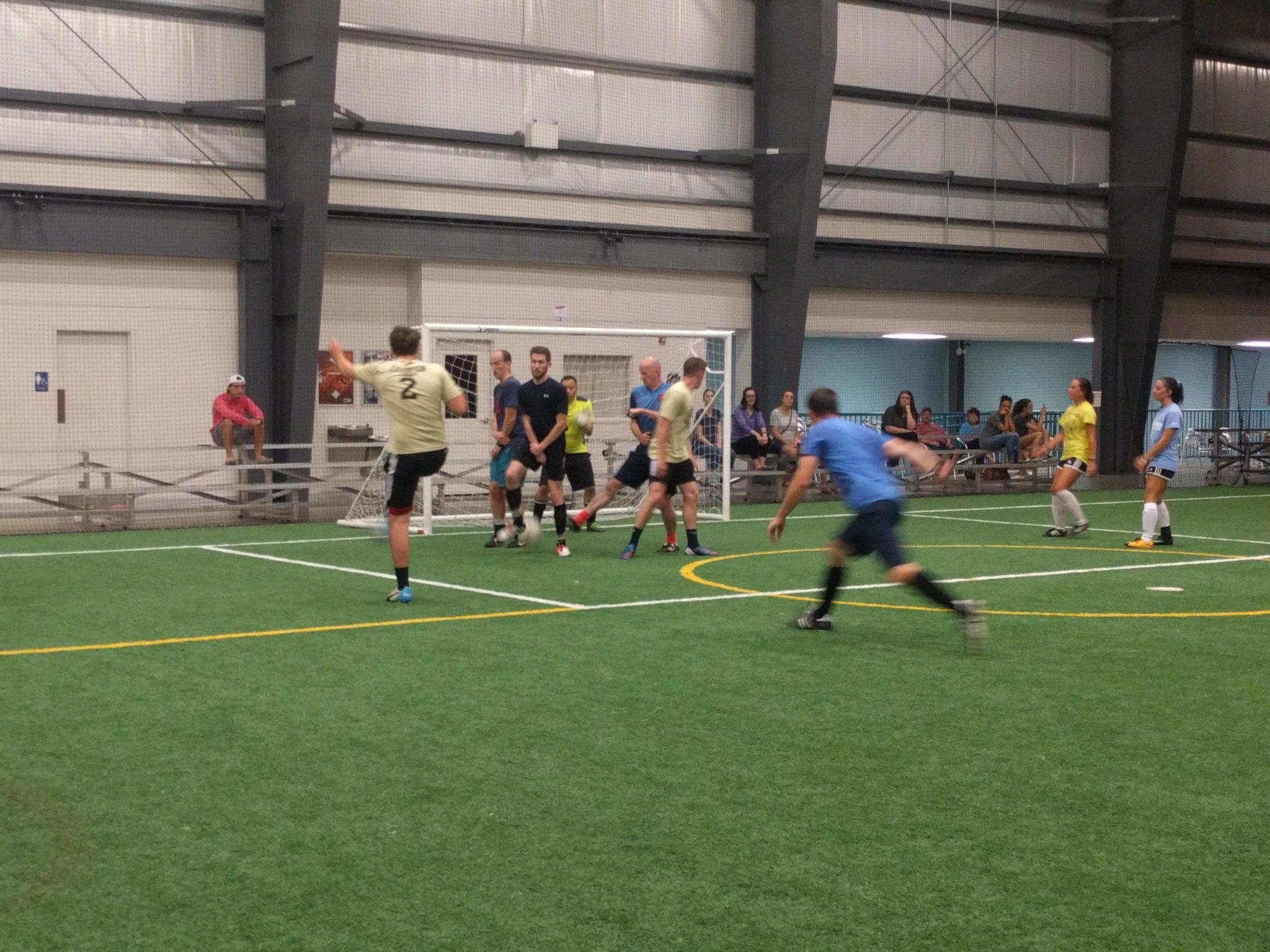 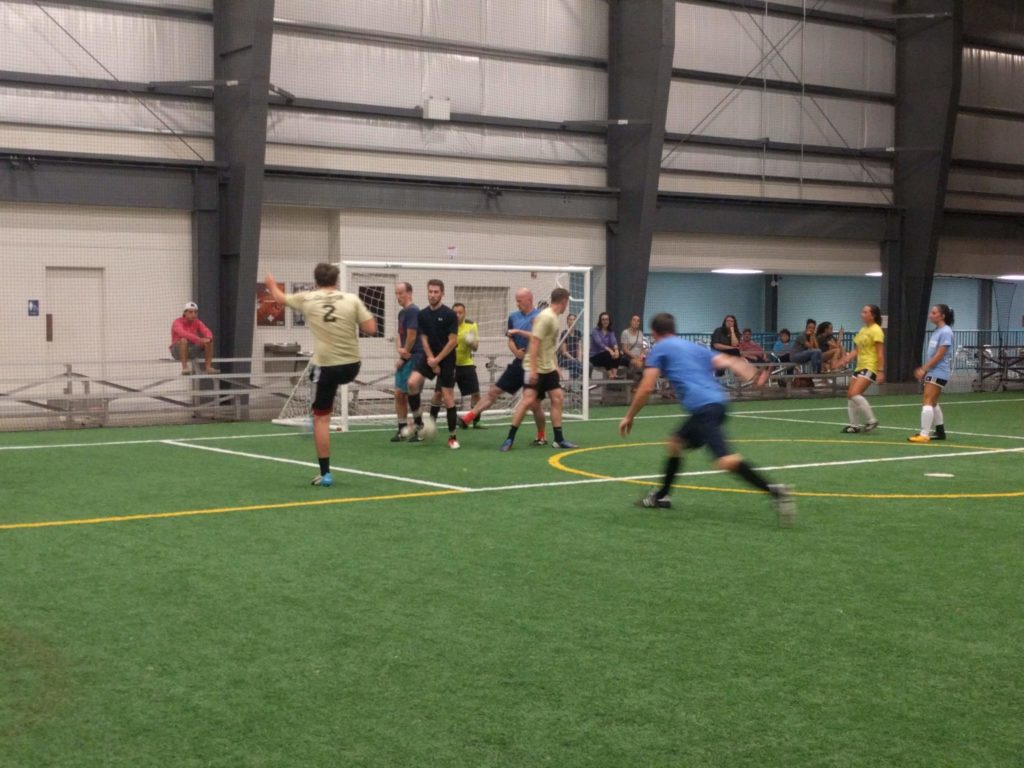 Dilly Dilly score in the dying minutes for the second week in a row to salvage a draw with ManChestHair United.

This was a thoroughly entertaining match, which oddly almost failed to happen. With both teams eager for the match, several players arrived over twenty minutes early to begin their warm up routines and take in the atmosphere. To the shock of the Dilly Dilly players, the ManChestHair players suddenly disappeared, leaving Dilly Dilly alone on the pitch, questioning if the intensity of their warm-up had scared off their opponents. Fortunately, a phone call prompted the return of ManChestHair and it was later revealed that a bizarre misreading of the schedule by co-captain Kurt Stroble had prompted them to exit the facility.

Following the pre-match drama, a soccer match kicked off with Dilly Dilly taking all the early initiative. Dilly Dilly was dominate in possession throughout the first half and frankly must be disappointed in their finishing as their first half performance contained enough overall quality to yield at least several goals. Kurt Stroble must be some credit for keeping the first half clean sheet by contributing five saves, but overall he was never seriously tested as the vast majority flew wide and high of the goal.

As is often in the case at the arena, the team who dominates the possession is often vulnerable on the counter-attack as the space opens up behind them. ManChestHair eventually punished Dilly Dilly as Reid Williams capitalized off a missed clearance from Rod Harris to take the lead with a fine strike off the near post in the 12th minute.

Boosted by the first goal, ManChestHair began to finally exert some more influence on the match. Despite their lack of fluidity in attack, ManChesHair must be commended for their unrelenting direct play as they continuously tested Dilly Dilly defenders by going long from nearly every throw-in from their defensive half. As half-time approached, Nate Lehman continued his fine run of goal-scoring form as he doubled ManChestHair’s lead by taking advantage of some sloppy play from Dilly Dilly guest goalkeeper, Matt Kiessling.

Dilly Dilly were left scratching their heads at the scoreline heading into the half, but would not go down without a fight. In the opening minutes of the second half, Kurt Stroble produced a fine save to deny Alex Johnson. They continued to mount the pressure on ManChestHair, but the team in gold fought hard to keep Dilly Dilly off the scoresheet following a series of corners with Ryan Stroble looking impervious in defense.

The game seemed destined to end with a vital win for ManChestHair, but Dilly Dilly had other plans. They kept pressing into the final minutes and eventually grabbed a goal back as Ben Mowrer capped off an excellent solo effort in the 36th minute with a super strike to the bottom corner.

Eventually, Dilly Dilly found the equalizer with only 47 seconds remaining as Rod Harris made amends for his previous error with an excellent finish following a clever one-two with Bill Covert.

In some way, both teams must be bitterly disappointed with the result. Dilly Dilly must recognize that improved finishing in that first half could have easily won the match. ManChestHair will obviously be gutted to have given up two goals so late with victory within their grasp.