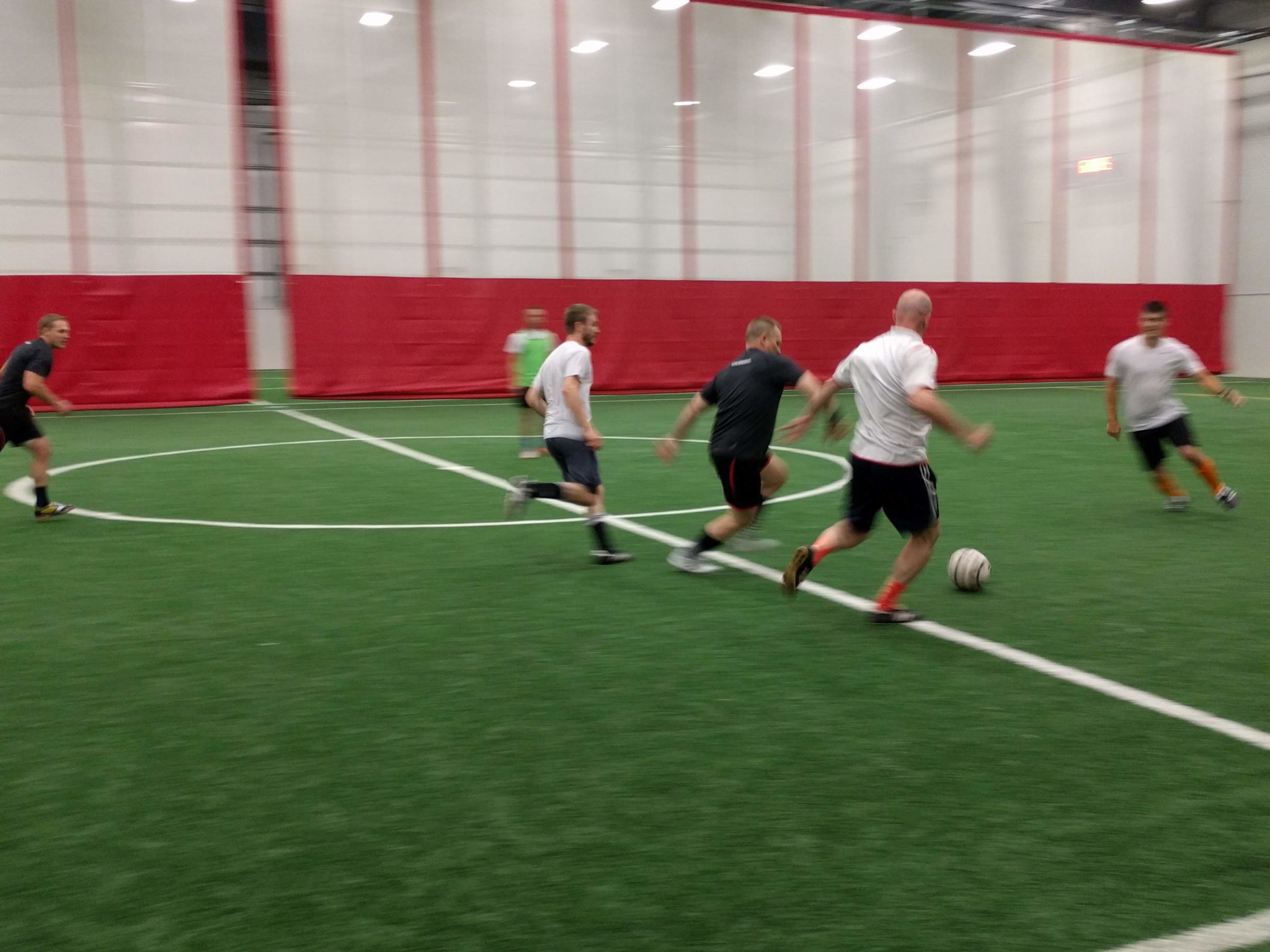 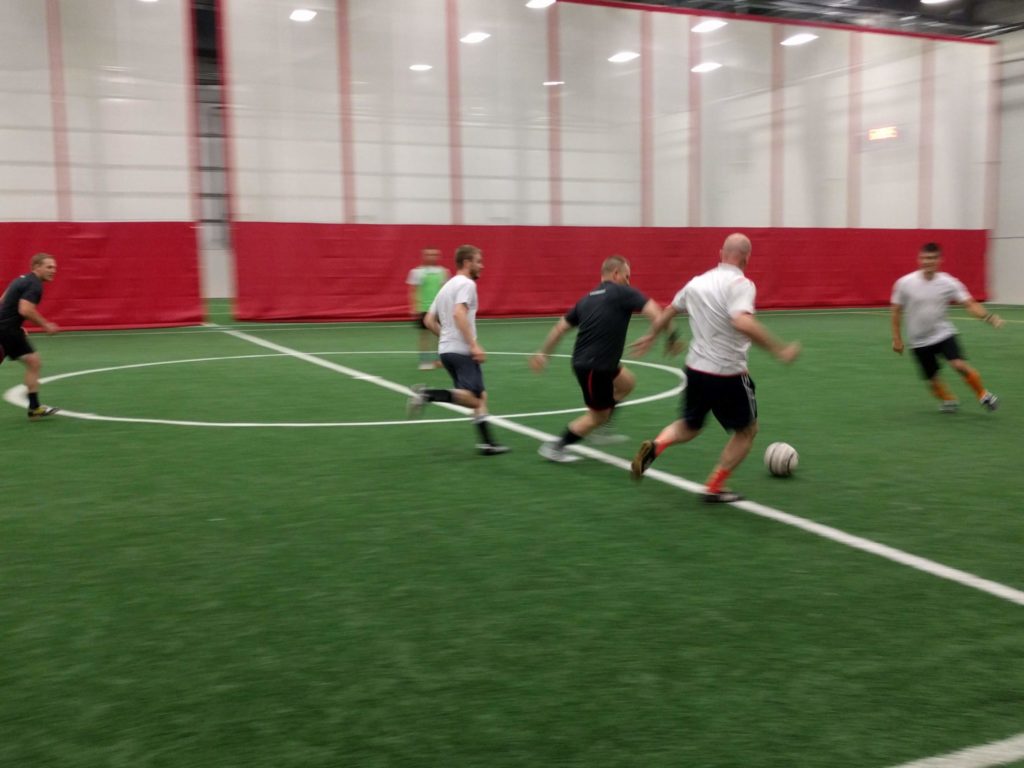 Dilly Dilly says “Cheers!” as they keep a clean sheet in a 4-0 rout of the Lycoming Engines.

Dilly Dilly and Lycoming Engines squared off on Monday with both sides returning to the field, following hard fought draws in last week’s contests.

Dilly Dilly started the match strong as they kept pressure on the Lycoming Engines defense with an array of shots which Lycoming Engines goalkeeper Luke Potutschnig always had an answer for.

The sides remained deadlocked until Kenny Steinbacher opened the scoring in the 12th minute. Alex Johnson did very well to set up a routine finish for Kenny Steinbacher, having broke into space down the right and expertly cutting the ball back into Steinbacher’s path from near the endline.

Soon after, Lycoming Engines replaced Potutschnig in net with week 2 star, Greg Shimp. Dilly Dilly continued to apply the pressure in the first half. Shimp was tested right before halftime as he denied Dilly Dilly’s Jenna Gardner in a one on one situation.

The second half saw Dilly Dilly really assert their dominance on the match as Alex Johnson pulled the strings through the midfield.

Johnson had a great opportunity in the 27th minute when he chased down a long ball and just narrowly missed from a tight angle.

The unlucky roll did not discourage their efforts as Ben Mowrer soon finished an assist by Jenna Gardner to give Dilly Dilly a 2-0 lead.

A few minutes later Kenny Steinbacher scored his second goal of the match as his powerful effort slipped through the hands of the goalkeeper and in to give Dilly Dilly a 3-0 lead. Just 40 seconds later Mowrer, cooly added his second goal of the night another following a wonderful pass from Alex Johnson to put the game beyond doubt. Lycoming Engines will look to bounce back next, following this tame performance that was not up to their typical high standards.