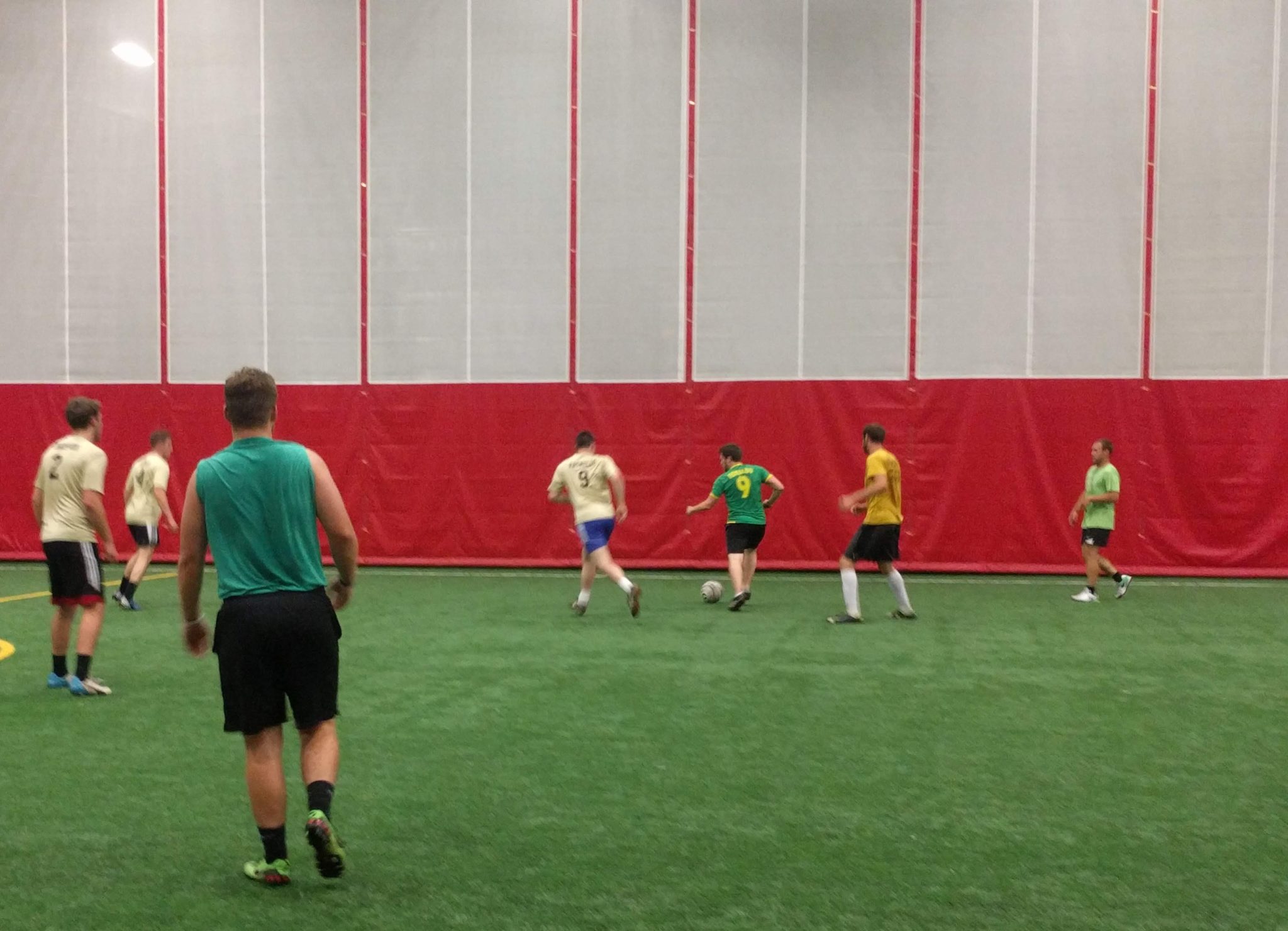 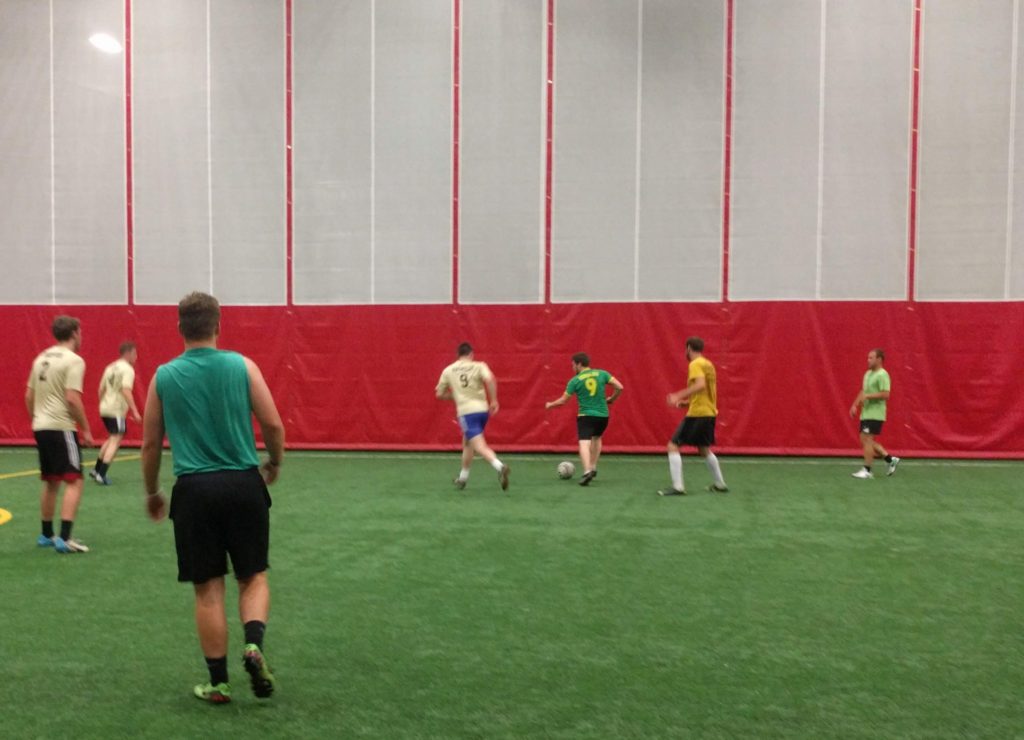 Luke Justice looks for an opening in the ManChestHair defense.

Luke Justice found the winner in the dying minutes to give ManChestHair their fourth loss of the season.

The City Strikers began the match in fine attacking form and were rewarded with two first half goals. James Haywood tallied the first goal of the match following a crucial pass from Tyler Wuerthner. Despite a handful of early chances for the Strikers, ManChestHair United were a constant threat on the counter attack with Isaac Beiter as their most obvious danger man. Beiter was somewhat unlucky not to have equalized as his shot struck the post in the 12th minute.

The second half saw ManChestHair start very well and they were quickly rewarded as Nate Lehman pulled one back with a mesmerizing header, which showcased his athleticism as he adjusted in mid-air to connect with a throw-in from Anthony Pasnello in the 24th minute. It only took Lehman just over three minutes to repeat the feat, scoring another header off an Issac Beiter throw, cementing his credentials as one of the league’s most dangerous aerial threats.

After conceding the equalizing goal, City responded positively. The always energetic, Sam Hunter helped create numerous chances through his mazy dribbling. Haywood and Justice both had a number of good chances denied by Kurt Stroble. Beiter continued to threaten on the counter for ManChestHair. Either team could have won the match as both teams threatened throughout the final ten minutes.

However, Luke Justice ultimately managed to grab a deserved winner in the 39th minute to seal the result for the Strikers. ManChestHair will feel gutted to have suffered another loss in a very evenly match affair.