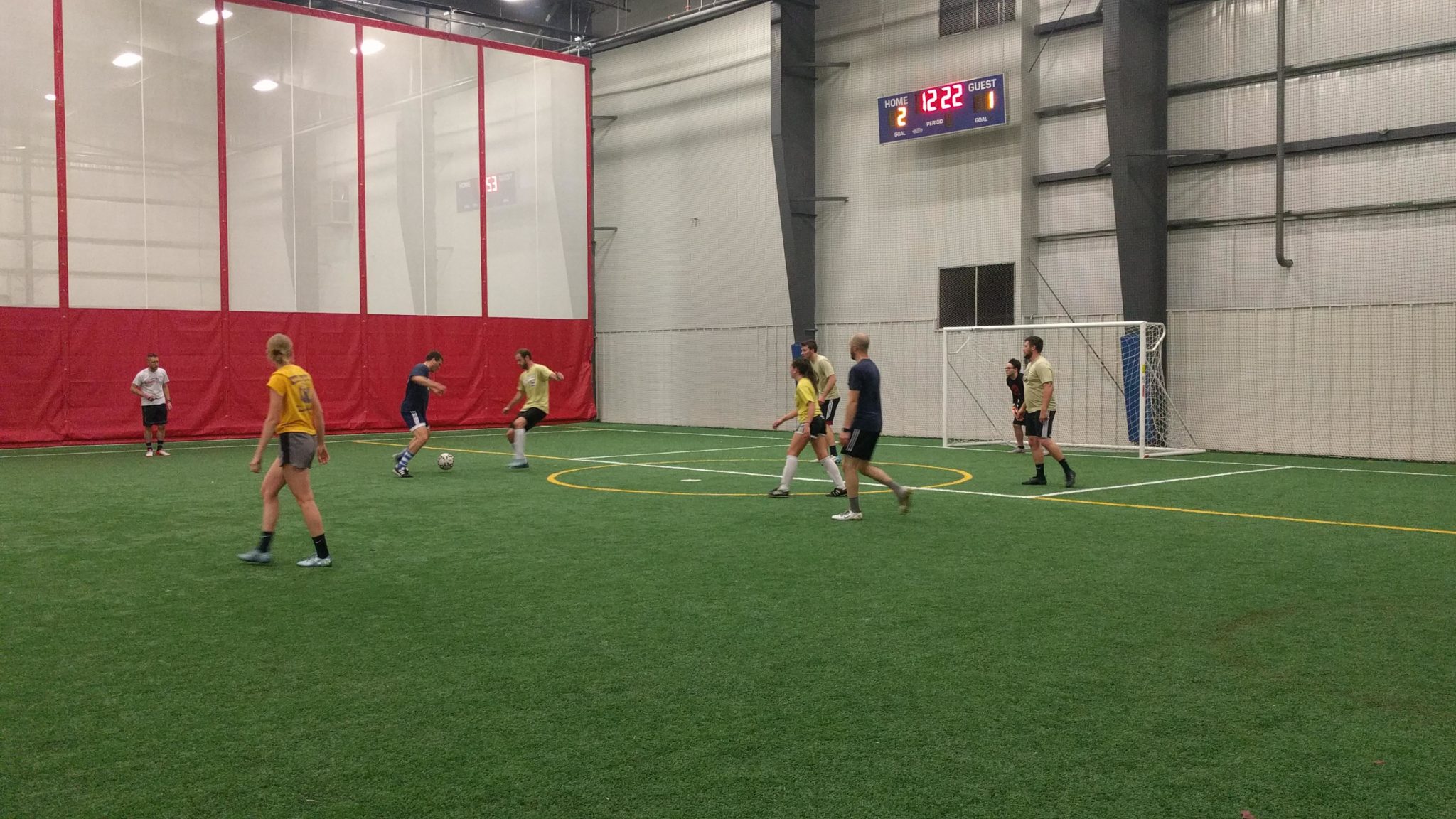 Goals come in bunches for Evergreen as they score 3 in the second half to take the 3-1 win over ManChestHair United. 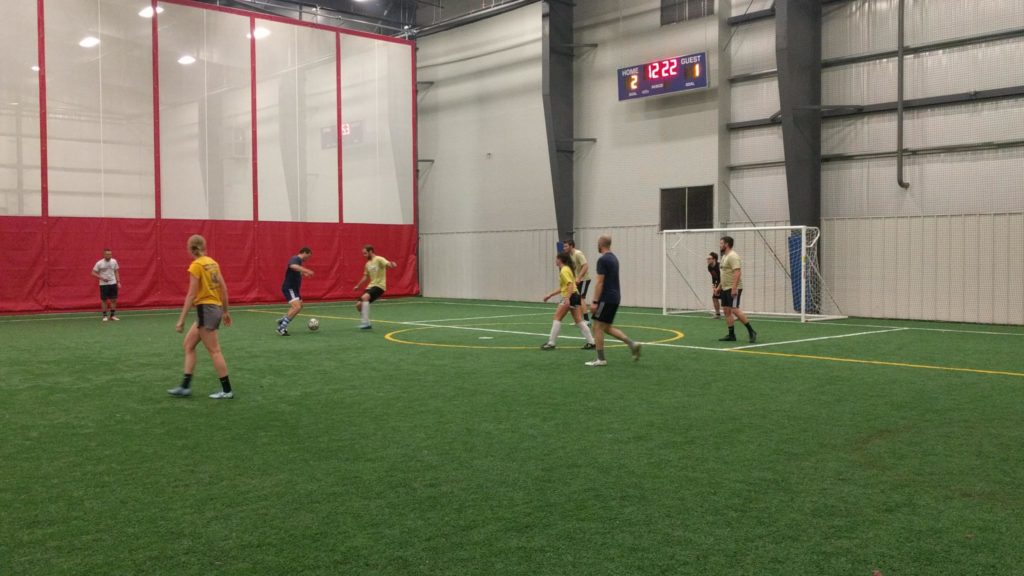 Both sides would have been disappointed with an uneventful first half, highlighted only by effective goalkeeping performances from ManChestHair United’s Kurt Stroble and Evergreen’s Patrick Coyle. In the 16th minute, Stroble saved a shot on goal from Evergreen Chip Edmonds. Evergreen goalkeeper Patrick Coyle came up with a huge save in the final minute of the first half from United striker Nathan Lehman.

The second half was a different story as ManChestHair opened the scoring within seconds.
An electric combination down the right side of the field was capped off with an assured finish from Isaac Beiter following an assist from Hannah Zurich.

Evergreen’s response was practically immediate as Brad Fischer’s powerful, left footed effort found its way into the bottom corner. Evergreen never looked back and continued to control the play throughout the second half. In the 26th minute, Chip Edmonds finally broke free and scored a goal after many attempts in the first half and to give Evergreen the 2-1 lead. It looked like a sure goal at the 31st minute for Evergreen’s Eric Beiter as he shot the ball but it dinged of the post and out and gave life to ManChestHair United. But surely soon after, Evergreen’s Joe Friel sealed the victory with a goal in the 34th minute. After the match, goal scorer Chip Edmonds succinctly summed up his team’s success: “Brad (Fischer) finally passed me the ball.”