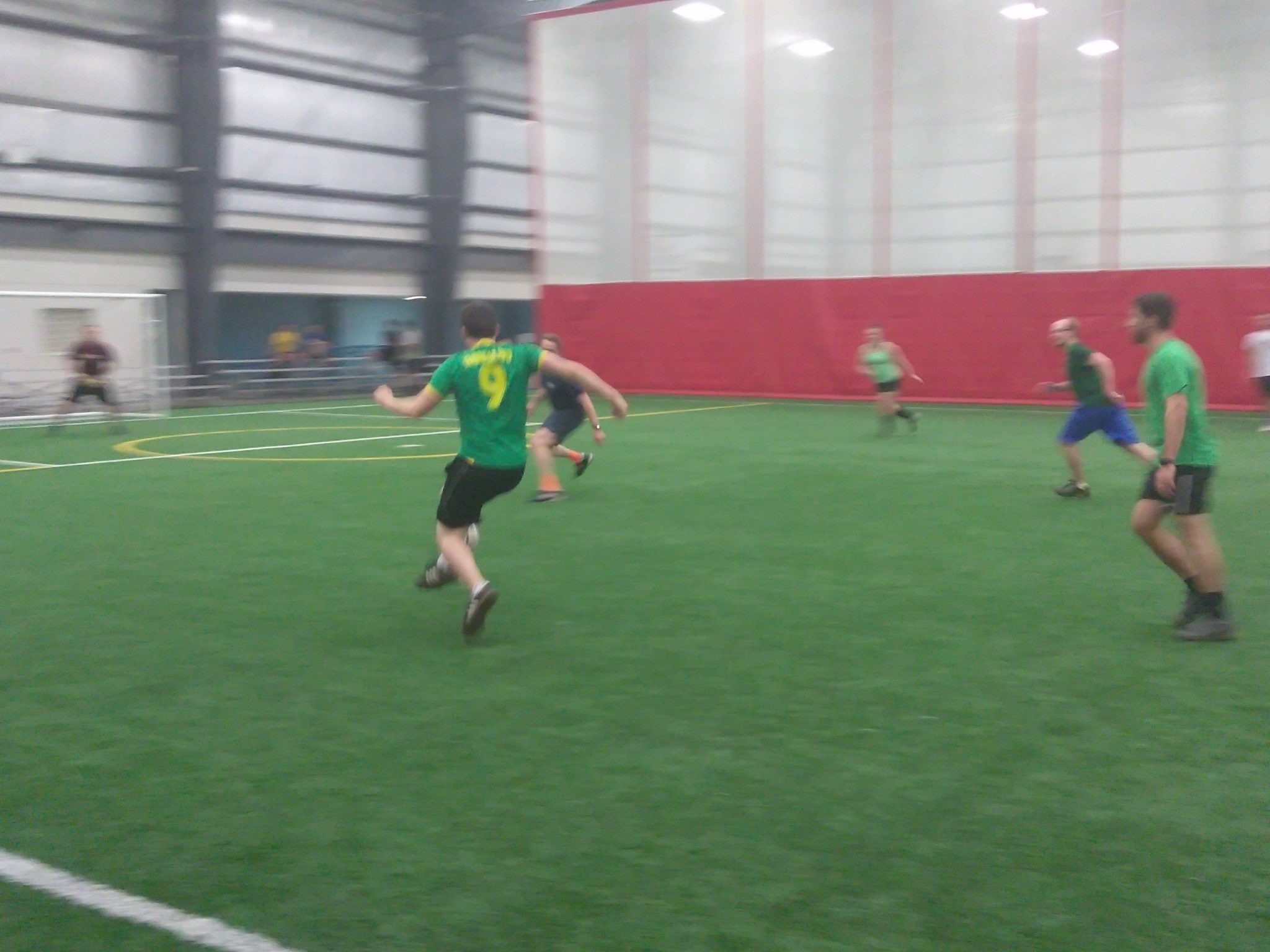 Evergreen scored 3 consecutive second half goals en route to a 4-2 victory over the City Strikers.

Both teams lined up with no substitutes on the bench, which lead to a rather slow paced match as both teams made a conscious effort to drop deep behind the ball in defense. Joe Friel opened the scoring with a goal late in the first half to give Evergreen a 1-0 lead. The City Strikers struck back with another late first half goal by Luke Justice to make the score 1-1 going into halftime. 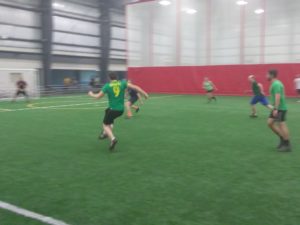 The second half began with a goal by Sam Hunter giving the City Strikers a 2-1 lead. However, Evergreen quickly responded and fought back when Eric Beiter struck to tie the game at 2-2. Beiter scored again to give Evergreen a 3-2 lead midway through the second half. Evergreen wasn’t done scoring there as Joe Briel scored his second goal and iced the match with a few minutes remaining as Evergreen took the 4-2 victory over the City Strikers.