Soccer Skills AcademiesThe Liberty Arena offers a series of 5 week training programs for boys and girls at the U10, U12, and U15 level.Register Here

All Training Directed by Adam Scheibeler 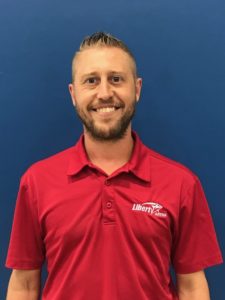 Scheibeler is a 2007 graduate of Loyalsock Township High School where he was an All-State selection as a midfield player. He played college soccer at both Elizabethtown College (NCAA DivIII) and Lock Haven University (NCAA DivII). Scheibeler brings a vast amount of soccer experience to the Arena including 10+ years of experience coaching soccer at both the youth and college levels. Scheibeler has previously coached with the Soccer Training Network (STN) and served as the head coach of both the Loyalsock Boys and Montoursville Girls High School programs, winning the Heartland Conference I and District IV Championship with Montoursville in 2013. In 2017, he completed his third season as assistant coach with the Penn College Men’s Soccer program helping lead them to their first ever NEAC playoff appearance and first ever semi-final appearance.

All sessions directed by Adam Scheibeler.